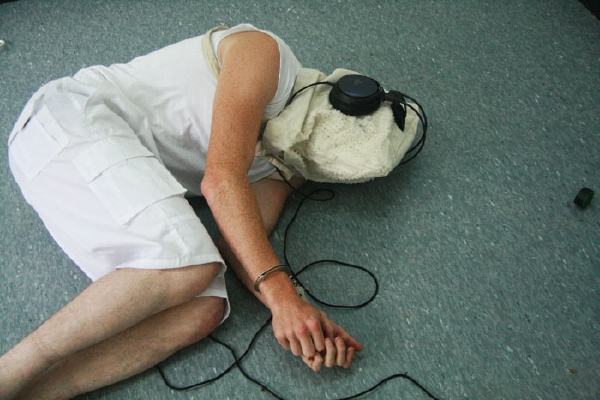 PHOENIX — Brian Seymour was visibly upset while handing out his band’s CD-R demo near the exit of a local heavy metal club Saturday. According to Seymour, his band Witches Bruise had been “totally snubbed” during the selection process for this year’s CIA torture playlist.

Seymour could be seen gesticulating wildly as he tried to hand out the free 13-song demo.

“This shit right here would have killed Bin Laden a lot sooner,” Seymour told everyone within ear shot.

“We are so much heavier than fucking Drowning Pool and Deicide; that shit is so played out and weak. If a terrorist heard this he would be like ‘Naw, man, stop. My head is about to explode!’ and then he would give up all the details,” Seymour bragged to anyone who would listen.

Brian Seymour’s father commented, “My life is constant torture having to listen to him and his friend practice in the garage. I don’t know much about interrogation, but I would say or do anything to make that music stop.”

With these torture techniques coming under further scrutiny, Seymour is afraid his band will never get the big break it deserves.

“I just hope America doesn’t go easy on these guys. The CIA needs to wise up and play some real fucking metal if they want to scare these terrorist assholes,” the 36-year-old metalhead said.