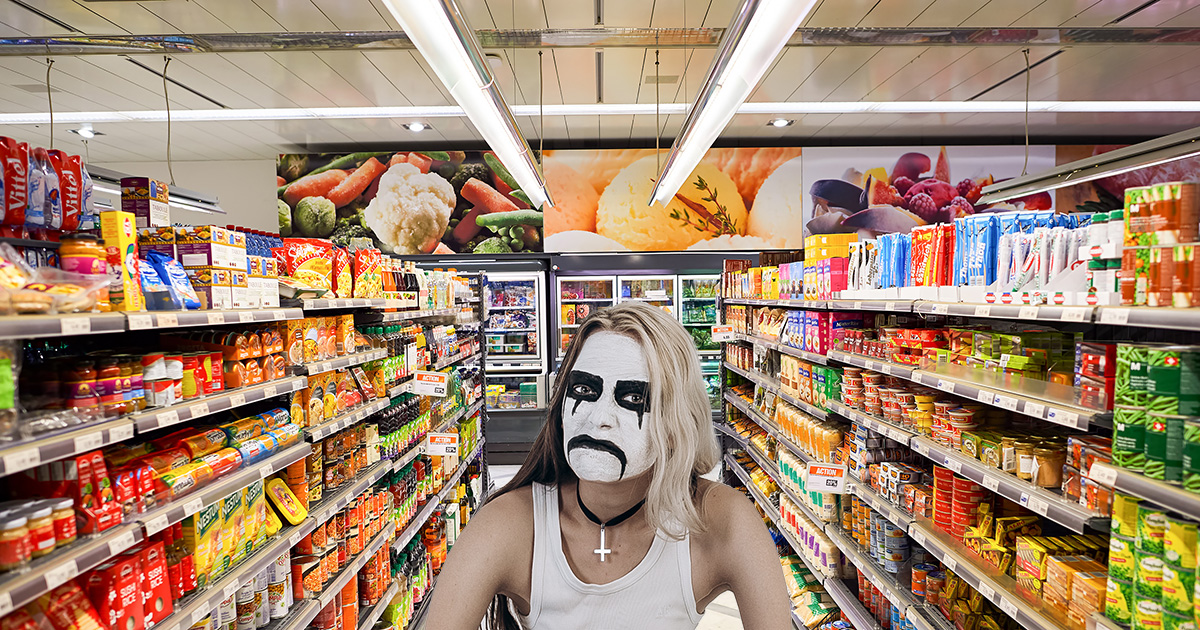 CHICAGO — Local metalhead, avid corpse paint donner and frequent leather pants wearer Zachary Petrosyan is reportedly fed up with constantly being mistaken for a goth in Crow makeup, according to sources.

“I work goddamn hard to get my corpse paint just right,” said Petrosyan, who occasionally plays bass in local metal band Sordid Darkness. “This shit isn’t easy, you know? I use two kinds of water-based acrylic paint. Getting the black makeup around my eyes takes time and practice. I have to get up at noon just to make sure it looks perfect before I go hang out at The Cobra Lounge, and that’s assuming I don’t have to spend nearly an hour expanding the mouth points to even out the sides, so to constantly be mistaken for a fictional character is beyond insulting.”

“Corpse paint is pretty played out,” explained Rivers as he began setting up for his shift as a barback. “I mean, I get that metalheads like it, but there’s no style to it at all. Half of those guys look like Mel Gibson in ‘Braveheart’ and the rest just seem like baby goths working on their first beard. It’s got to be frustrating to put in that work for nothing, though.”

Darla Towles, a professor of sociology at Loyola University Chicago, is familiar with the frustration of Petrosyan’s situation.

“Many people who define their identities via a rigid, fixed type of makeup can absolutely experience feelings of alienation and anger when people just don’t get it,” Prof. Towles said. “Metalheads gain most of their sense of shared collective subcultural belonging from dressing and decorating in barely distinguishable micro-variations on a style that was codified in the late 1970s and has basically not changed since. At least Mr. Petrosyan isn’t being mistaken for a KISS fan anymore, thanks to some much-needed constructive criticism about those squiggles that looked a lot like cat whiskers.”

At press time, Petrosyan was seething as a group of pro wrestling fans complimented him on his perfect “Sting” look.