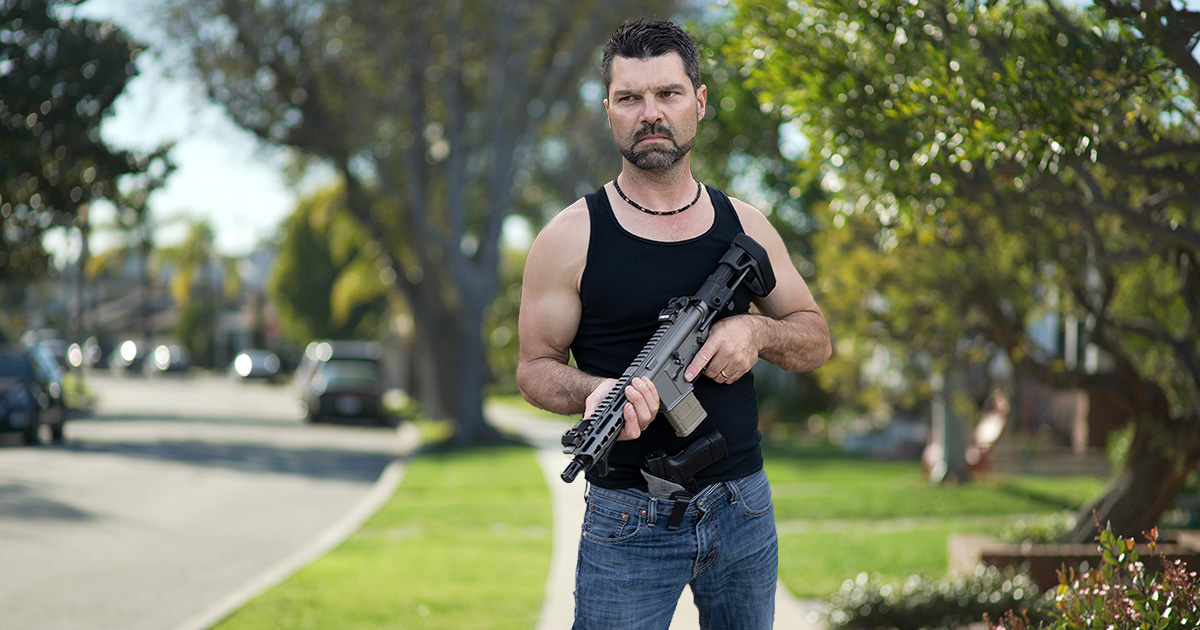 “I’ve been knocking on doors all day,” lamented Cunningham, who has authored several manifestos, including “Thai Food Turned My Son Gay,” and “Why I Know There’s Jews on the Other Side of the Moon,” collectively read by sevens of people. “It’s been a rough go. People see the AR-15, pump shotgun, grenades, and two bayoneted pistols, and they don’t much feel like opening the door. This whole virus thing is so overblown. Why can’t we have a farmer’s market, or even a town hall meeting to get to the bottom of it? All this gear is getting heavy.”

“The worst part has been disinfecting all the doorknobs I’ve touched. I went through my only bottle of Purell in the first hour,” added Cunningham. “I wish I had some gloves.”

Residents sympathized with Cunningham and his failed attempt at infamy.

“Yeah, Randy’s a bit of a kook,” explained neighbor and “bocce buddy” Lamar Wilson. “He’s got that classic Southern etiquette, though — he won’t barge in if he ain’t invited. The Johnsons pretended they weren’t home, and the Petermeyers just told him to come back another time. The Bachman’s let him in, but asked him to take off his shoes… and I guess he just didn’t feel like unlacing his combat boots.”

While gun violence in the U.S. has declined due to social distancing and restrictions on gatherings, gun sales themselves have been soaring.

“Business is booming, baby,” exclaimed NRA spokesperson Dana Loesch. “Just drive by any gun store: the lines are around the fucking block. We’ve always relied on fear to sell this shit, but who knew Mother Nature would do our work for us? I haven’t had to mention Muslims once this month!”

“If there ends up being a food shortage, I’m going to buy a solid gold yacht with all the cash I’ll be stacking,” she later added. “The U.S. is the greatest country in the goddamn world.”

At press time, Cunningham was feeling much more relaxed after playing the latest version of “Doom” alone in his homemade bunker.