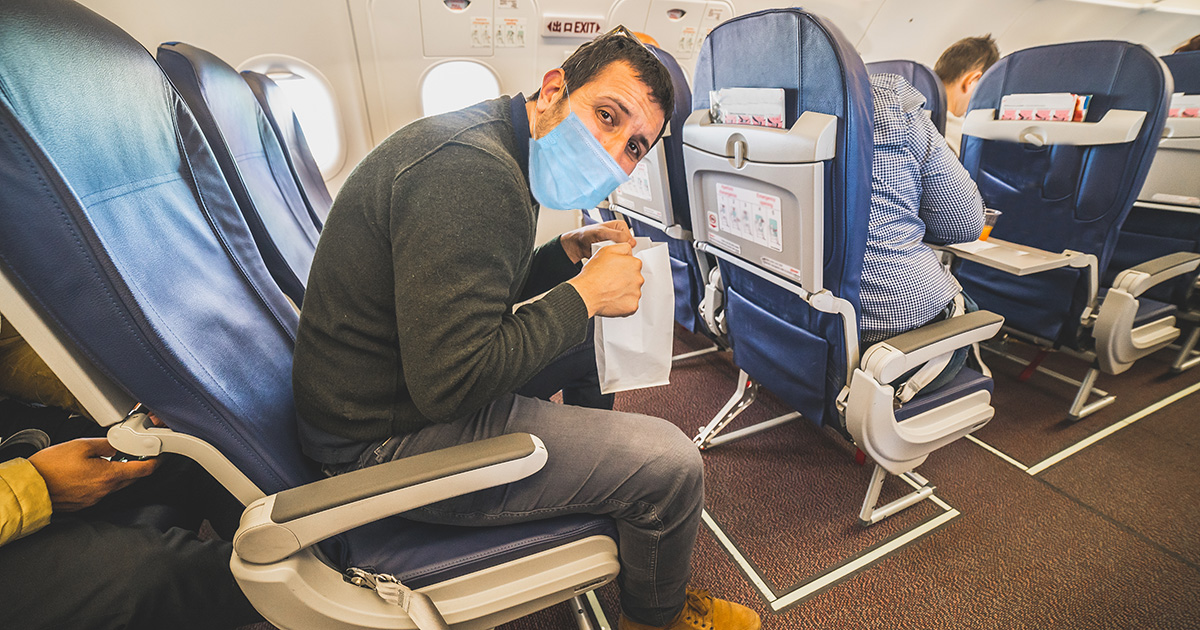 CHICAGO — A passenger on American Airlines Flight 3077 was reportedly concerned whether he was allowed to lower his mask in order to use the provided vomit bag or expected to puke into his mask, confirmed grossed out, but equally confused sources.

“I’ve tried to be cautious throughout the entire pandemic,” said Alvin Brooks, whose flight to Phoenix was punctuated by frequent, urgent needs to vomit profusely. “When the CDC said to wear a mask and socially distance, I wore two masks and didn’t come near another human being for weeks. But things have gotten so confusing, I’m not sure what to do anymore. It feels wrong to pull my mask down in public, even if my mouth is filling up with bile. But on the other hand, why would they still be providing vomit bags if we’re not supposed to be using them?”

“Just a second,” Brooks continued, desperately trying to push vomit back down his esophagus as the airplane hit a patch of turbulence. “I just need…a second.

Jane Bashir, an attendant on Flight 3077, was grateful for Brooks’ consideration.

“Flying while puking is alway dicey,” Bashir said while keeping an eye on a passenger chugging a bloody mary. “Most people are nightmares nowadays, and it’s not like they were great even before. That guy over there is basically leaking fluids out of all his orifices, but he’s still better than half of the passengers who think it’s infringing on their constitutional rights to be told not to piss in a bottle because the bathroom is occupied.”

Jake Jacobs, a spokesperson for the Federal Aviation Administration, was well aware of current confusions.

“Mr. Brooks isn’t alone,” Jacobs said. “There’s so many conflicting opinions, stances and reports about when it’s appropriate to wear a mask, how far to distance, even whether you’re creating a hazard by completely losing it and spewing all over the back of the seat in front of you. While we try to keep passengers as up to date as possible, it’s difficult for there not to be some uncertainty about when and where it’s okay to blow chunks on a plane.”

As of press time, the passenger seated next to Brooks was upset to learn that the in-flight meal was shepherd’s pie.