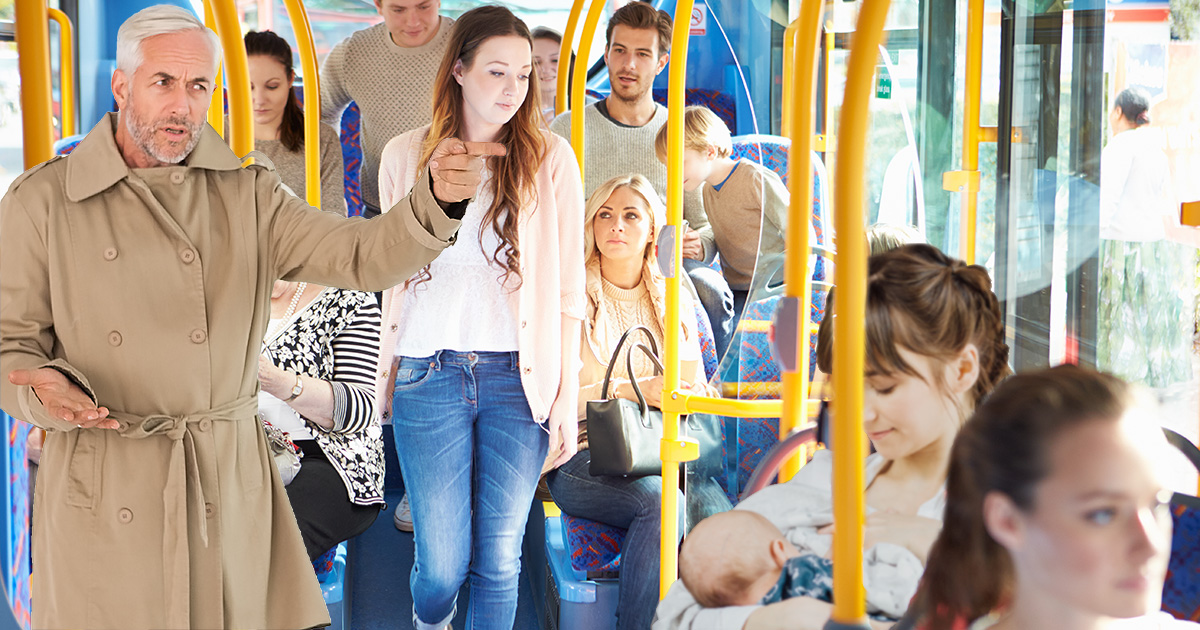 PHILADELPHIA — Local pervert David Bell could not climax this morning during his daily commute after noticing another bus rider openly nursing her infant, multiple sources confirmed.

“I was riding to work, jacking it under my jacket like I do every morning, when something caught my eye,” said Bell, a registered sex offender living in South Philadelphia. “At first I thought this woman was talking to a big hoagie — because you know, there are always crazy people on the bus — but I almost puked when I realized it was a swaddled baby, and she took her titty out.”

The 51-year-old apprentice pretzel maker wasn’t the only person repulsed by one of the most important nutritional acts in nature.

“It’s disgusting is what it is. And all I could think was, ‘There are children around,’” said childless commuter Russ Johnson. “How is someone supposed to tell their kid that that’s how a baby eats… or that the American Academy of Pediatrics recommends a newborn be fed every two to three hours, and she may not be able to pump or safely store the milk?”

“That’s just wrong. You gotta feel bad for that fella that didn’t get to nut — I let him off so he could try and finish up on a bike taxi or something. Nobody should be forced to watch a child eat,” said Schmidt. “I almost saw an areola. But those are the dangers that come with the job: you just have to try and remain calm, and use the systems we have in place to protect the passengers.”

Several witnesses confirmed the police were called in to diffuse the situation before it escalated into a full-blown diaper change.