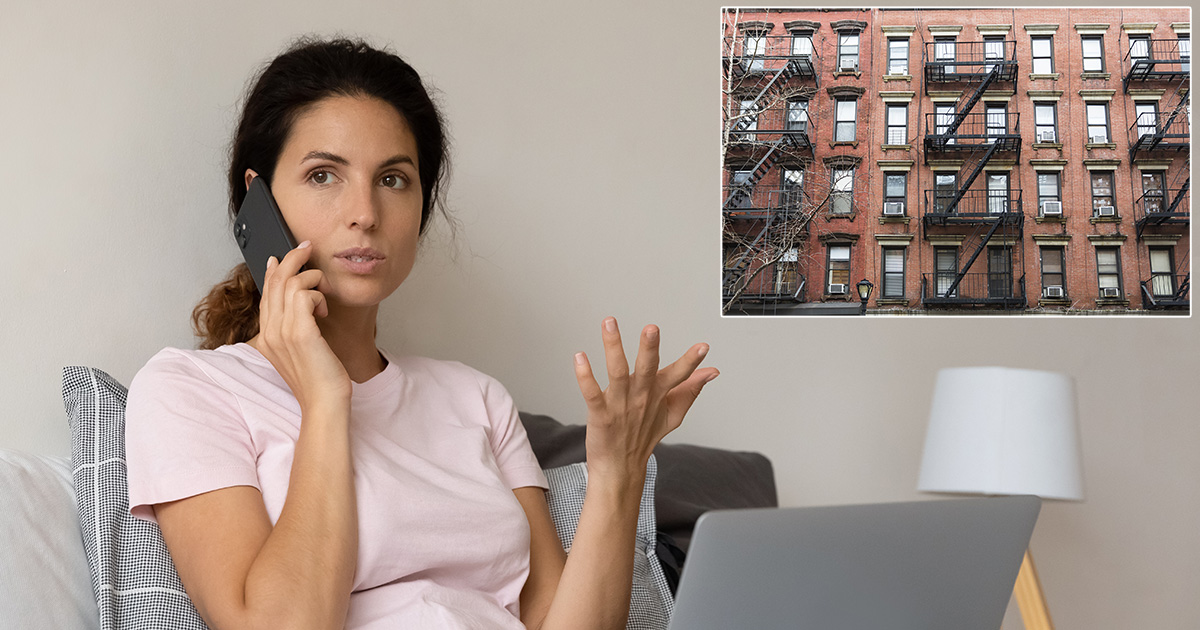 DALLAS — Local woman Claudia Rodriguez was stunned this afternoon upon receiving an email approving maintenance for an apartment she has not lived in since 2014, neighbors confirmed.

“Fuck a landlord,” Rodriguez said. “I mean, not my current one, because he’ll probably see this and I’m already at risk of not getting my security deposit back. Anyway, it’s been years since I submitted that request at my old place. Do you know how much has changed since then? I’ve moved three times! I adopted a dog! Shit, when I submitted that, Obama was still the president. God, I want to go back and warn my sweet, naive past self that there are about to be problems a lot bigger than a leaky faucet…like the bathtub that detached from the wall. I probably should have warned whoever moved in after me.”

Long-time friends of Rodriguez felt vindicated upon hearing the news.

“I tried to warn her about that place,” said Kevin Yamashida, Rodriguez’s co-worker at a Dallas startup. “I don’t trust those shitty square apartments with the stores on the street level. You know, the ones that look like the box a normal apartment building would come in? I don’t know who builds them, or owns them, or thinks they’re anything other than a scam. This is why I only rent from ancient old guys who don’t own a computer. Yeah, sure, I have to pay by mailing a check, but if I need something fixed, a hairy guy named Nikolas with a K will be there in an hour with a toolbox and a ladder. Doesn’t matter what the problem is, he’ll solve it with just those two things.”

Marissa Pollard, a local tenant lawyer, confirmed that this is all too common.

“I’m sure that they’ll try to somehow charge money for their own incompetence,” Pollard explained. “They’re always trying to skim money off of their tenants in whatever ways they can. Those assholes all should have gotten good honest jobs, like being a lawyer.”

At press time, nobody from Rodriguez’s former management company could be reached for comment but did encourage inquiries to be sent via fax between 10 a.m. and 1 p.m. Monday through Wednesday only.