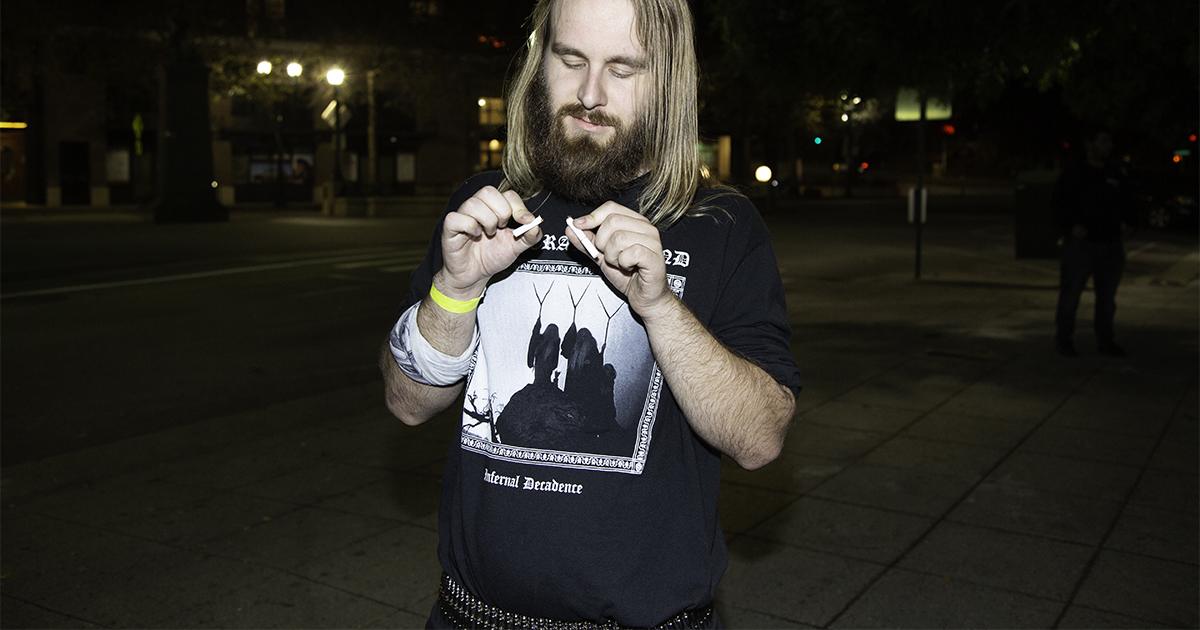 LINCOLN, Neb. — A local woman was seen performing life-sustaining measures on her Marlboro Menthol cigarette after finding it barely clinging to life at the bottom of her tote bag, according to witnesses.

“I saw it lying there in a pool of its own tobacco and went into fight or flight mode,” said first responder Jessica Xu. “My first instinct was to bum a cigarette off the bartender or try and convince the bodega guy to sell me a loosie, but I knew I couldn’t let another cigarette die in my care. I tried to suture it with a little saliva, but I’m so dehydrated that my spit ended up making the tear even worse. That’s when I decided to request backup.”

“Sometimes things have to get worse before they can get better,” said bystander Dustin Meli, as he tore the filter from Xu’s cigarette, emptied tobacco from the butt, and twisted the two pieces into one another. “This usually works for me, but her cigarette is all wet for some reason. It’s not even raining out. As a smoker of 17 years I wouldn’t say I’m a quitter, but I think it’s time to put this thing out of its misery.”

The crowd dispersed after determining the cigarette would have little to no quality of life if it survived, but Xu continued to toil with the rapidly deteriorating scraps.

“What a way to go,” said the Menthol, looking down at its entrails spilled out along the bottom of Xu’s trashed, free New Yorker tote. “I can’t say I’m surprised. I’m the seventh, maybe even eighth cigarette that’s perished in her bag this month. When will people start investigating? I’m just happy to die with a little dignity and thankful I wasn’t lit backward and thrown into a puddle like the last guy.”

At press time the lifeless cigarette was seen donating its remains to a spliff.