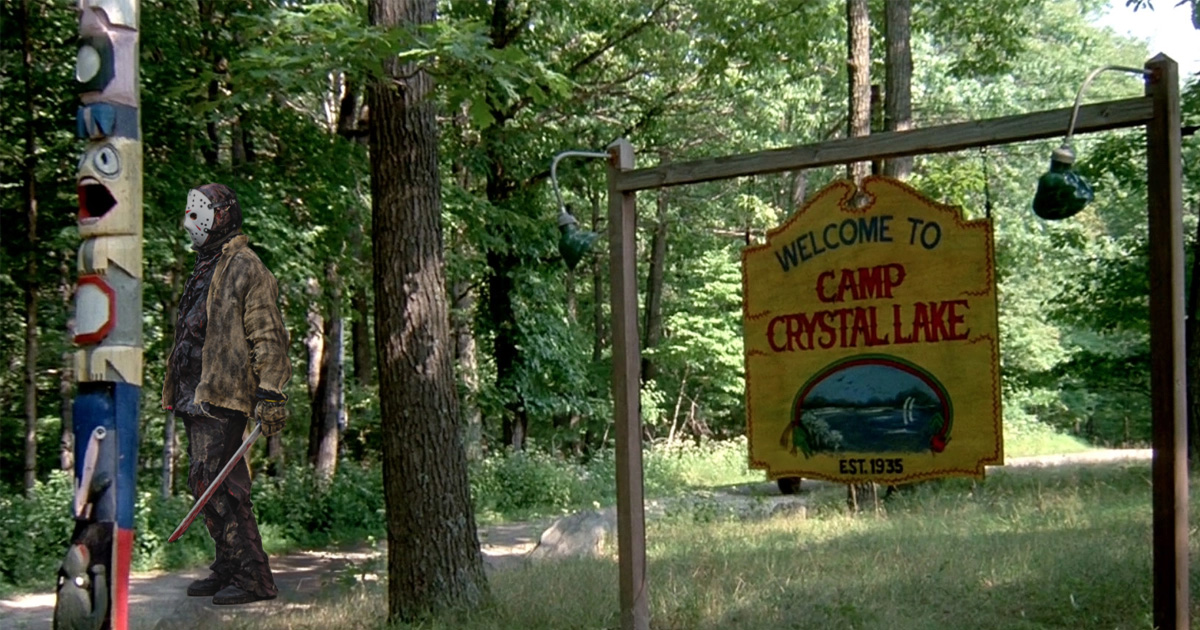 “So, there I was unhooking the bra of the new smoking hot counselor when I noticed some seven-foot tall liberal hipster cuck in a mask standing behind some trees about six feet away,” said camp director Donnie Sengstack. “I was like ‘What’s up, bro? Quit hiding and take off your damn mask, pussy. We’re in the fucking woods,’ and he started crying and backing away. That’s when I really started trying to get in his face about how the pandemic is a false flag, he’s being manipulated by the government, and that vaccine mandates are the definition of fascism. Before I knew it he had vanished.”

Those closest to Voorhees say the murderer was extremely distressed by the entire encounter.

“Those people are the real monsters. Just filthy inconsiderate animals and fornicators unfit to live in civil society,” said the psychotic killer’s mother, Pamela Voorhees. “I’ve never seen Jason so visibly upset before. My boy actually put the mask on because of bullying in the first place. Now people are telling him to take it off? He has a pre-existing condition that leaves him extremely vulnerable to the virus. How is he supposed to go out there and kill safely if all his victims are just going to ignore CDC guidelines? I’m not going to let my son go out there and get sick.”

Following Voorhees’ premature departure, numerous staff and campers were reported to have lost their lives at the camp.

“I’ve been doing this job a long time and honestly, I’m surprised this camp is still operating,” said local coroner, Deonte Smith. “People have been dying here for well over thirty years now but this is the first time there wasn’t an absolute bloodbath of dismembered bodies scattered all over the grounds. Looks like everybody here died of complications related to the pandemic. Which, in all honesty, is much easier to deal with in my profession. Way less of a mess than dealing with an entire digestive system hanging out somebody’s torso, but also way more preventable. Get the vaccine and you are far less likely to be hospitalized, I’m not sure who or what was butchering the campers in years prior.”

At press time, Voorhees was seen volunteering his time encouraging his community to get vaccinated.