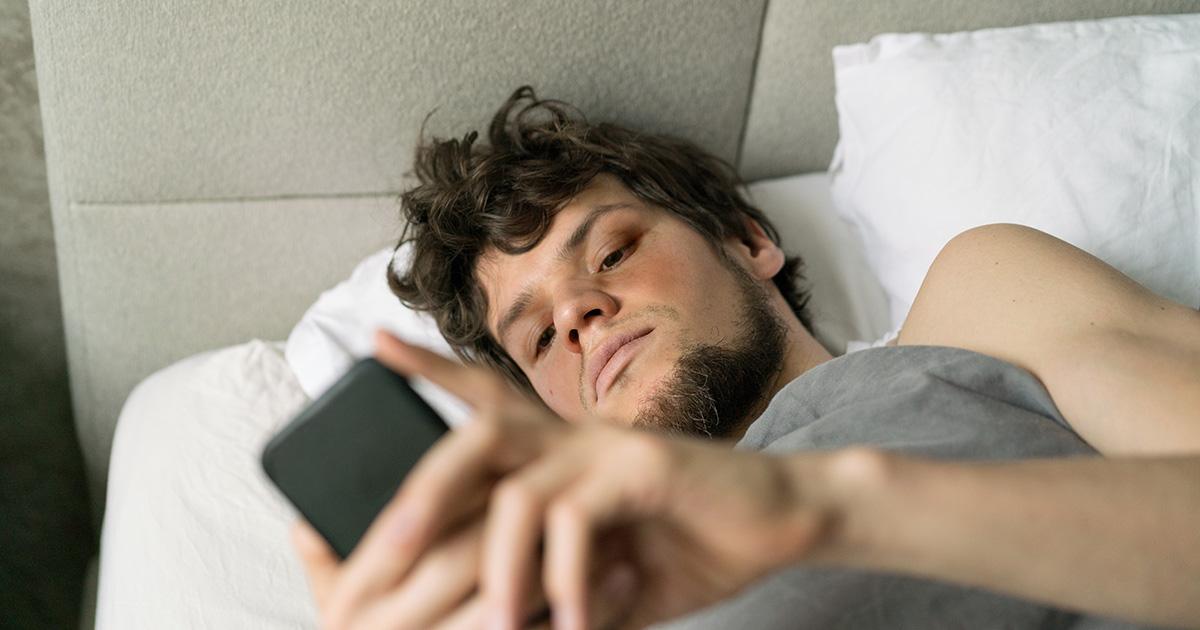 ALEXANDRIA, Va. — Local man Greg Fitzwater began scrolling through his targeted ads to try to piece together what happened after waking up from a night of heavy drinking, hungover sources report.

“Luckily my phone does a good job tracking every movement and impulse I have, because I can’t remember a thing from last night,” said Fitzwater, massaging the sides of his head. “Lots of ads for hot singles in my area, so I’m guessing I was either texting my ex or looking up which Walmart near me has ‘Bod’ spray in stock. These eight, 10% off my next purchase at Walmart.com emails suggests the latter. Why am I seeing so many online car retailers? Did I get another bad Uber rating? Oh well, as long as there’s nothing about defense attorneys or penis enlargement pills, I’m not gonna worry.”

Fitzwater’s roommate, Mark Renteria, says that unlike his friend he does not want his phone tracking his drunken exploits.

“I always turn my phone off when we go out. If we’re doing tequila shots, I leave it at home. I never want to search anything that I’ll regret in the morning, because if you watch one Joe Rogan video or Google ‘Botox for men’ one time, your algorithm’s fucked. Being drunk is no excuse—the algorithm knows you were still thinking it, and it won’t let you forget.”

“Human beings generate so many thoughts, emotions, desires, and decisions on a daily basis, and our brains are not adequately capable of processing and logging all that data,” she explained. “Whereas the average smartphone has enough computing power to record the brain activity for a thousand people. So instead of racking our brains to remember a conversation from last week, we can scroll Instagram until an ad for rubber bands in bulk jogs our memory. If we’re struggling to send the right text to get out of keeping plans, we can let autofill take over by letting our friends know we ‘can’t do this anymore.’ Having our phones to think for us really is the next step of evolution.”

At press time, Fitzwater worried that he was not recalling an accurate version of the previous night’s events as he had neglected to download his phone’s newest operating system.