House Party Forces Sneakerhead to Leave Personality at the Door 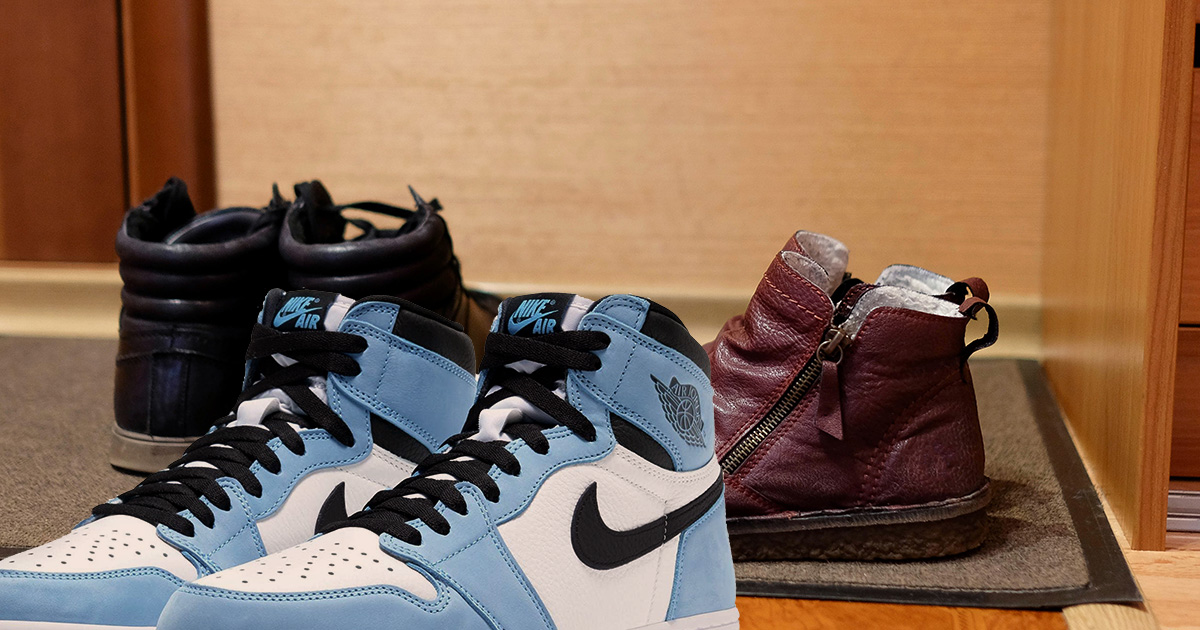 “My shoes at the door? What next, my heart in the microwave? I didn’t rehearse talking points about my Air Jordan 1 Retro High OG in UNC’s blue and white all day just to point them out in a pile of pedestrian beaters for reference. It’s ironic too, cus these are the kicks that violated the NBA’s uniform policy back in ‘85, which led to Jordan being fined $5,000 a game,” regurgitated Santini while trying not to burst into tears. “And I get it, most of our friend group kind of sucks, I wouldn’t want their dog shit-covered, parchment paper soles trudging through my pad either, but my kicks are fresher than everyone else’s socks! Plus, now the rest of my outfit makes zero sense, guy!”

Santini’s fifth longing gaze to the foyer prompted the new homeowner to defend his divisive policy.

“I don’t like rules either, man. I’m cool. But there was a slight drizzle today, and the landlord fairy doesn’t just swoop in with carpet cleaner when you own,” a financially stressed Beatty declared. “I don’t see the issue. ‘Shoes off’ is basically the law in Canada. Probably cus it’s winter like nine months a year, but I’ve seen shoe piles waist high and everyone has a blast! Jeremy spent the last 30 minutes talking about the toothbrush he uses to clean his shoes every morning and how that should allow him to keep his shoes on. It’s starting to piss me off.”

Dr. Elise Greensway, an expert in sneakerhead subculture, believes this was where Beatty crossed the line.

“Mr. Santini is already branching out of his community by attending a party mostly comprised of sneakersimps, so for Mr. Beatty to then literally strip him of his very identity and self worth is just plain cold,” stated Greensway. “If someone identified as ‘funny,’ you wouldn’t request that they leave the jokes at the door, would you? And yes, while these ‘no shoe’ parties benefit short men whose dates’ high heels are rendered useless, they are widely regarded in the sneakerhead community as, ‘The funky foot smell in the doorway to communism.’”

After having absolutely nothing to add to any conversation, Santini reportedly shouted, “Little heads up and I would’ve brought my Nike Dunk Low Sneaker Slippers, dawg!” as he strapped up and stormed out.