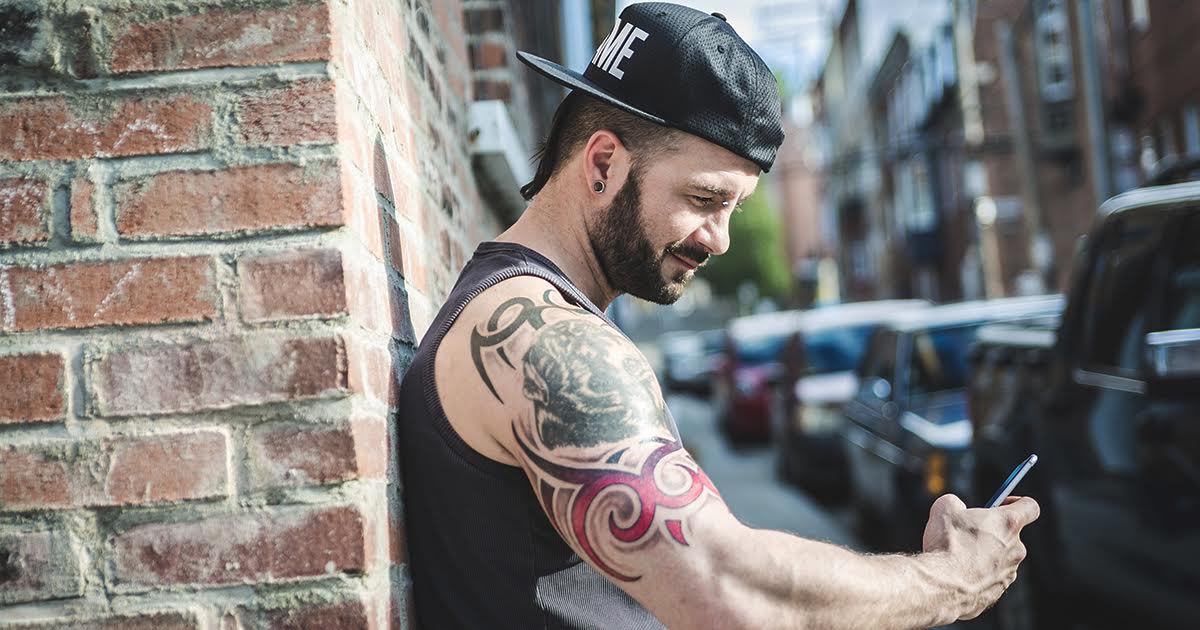 HUNTSVILLE, Ala. — Former crust punk Howie Benson searched in vain earlier today for a way to hide his old, shitty tattoos before a mandatory work-related summer barbecue and pool party, according to multiple sources.

Benson, who moved to Alabama from the Pacific Northwest after “landing a bitchin’ gig” in S.R. Butler High School’s IT department, was unprepared for the sweltering summer heat and “ass-puckering humidity.”

“I picked up this little number from Goodwill today, since I can’t blast my thighs around these people,” Benson said, wearing a wetsuit he’d squeezed into to cover his faded stick-’n’-pokes and band tattoos. “And I haven’t bought any shoes that weren’t Doc Martens since the first Ozzfest. Boots don’t really jive with the scuba suit. But my last run-in with the educational system didn’t go so hot, so I’d really like to look professional.”

Clete Davis, the Butler High gym teacher and mixer host, was glad to see Benson despite his odd clothing choice.

“It’s tough being the new guy, but the whole ‘hula’ look doesn’t work unless we all do it together,” Davis said, readjusting his coconut bra. “I personally didn’t see many Scorpions hoodies in Hawaii. Maybe I oughta go ask if he’d like to get ‘lei’d’ — that killed at the banquet last year.”

Davis privately admitted some school administrators worry Benson is trying to hide something “satanic or politically unpalatable,” due to his concealing large portions of his skin.

Benson, however, hiding in the bathroom to take a break from the constricting wetsuit, remained confident he’d pull through.

“Listen — I’m gonna nail this shit, because it’s not worth offending their sensibilities,” Benson said. “If they’re Megadeth fans, my ‘DAVE MUSTAINE CAN EAT MY ASSHOLE’ bicep number could be taken the wrong way.”

Hide your shitty tattoos with a crisp new shirt from The Hard Times store, click below: