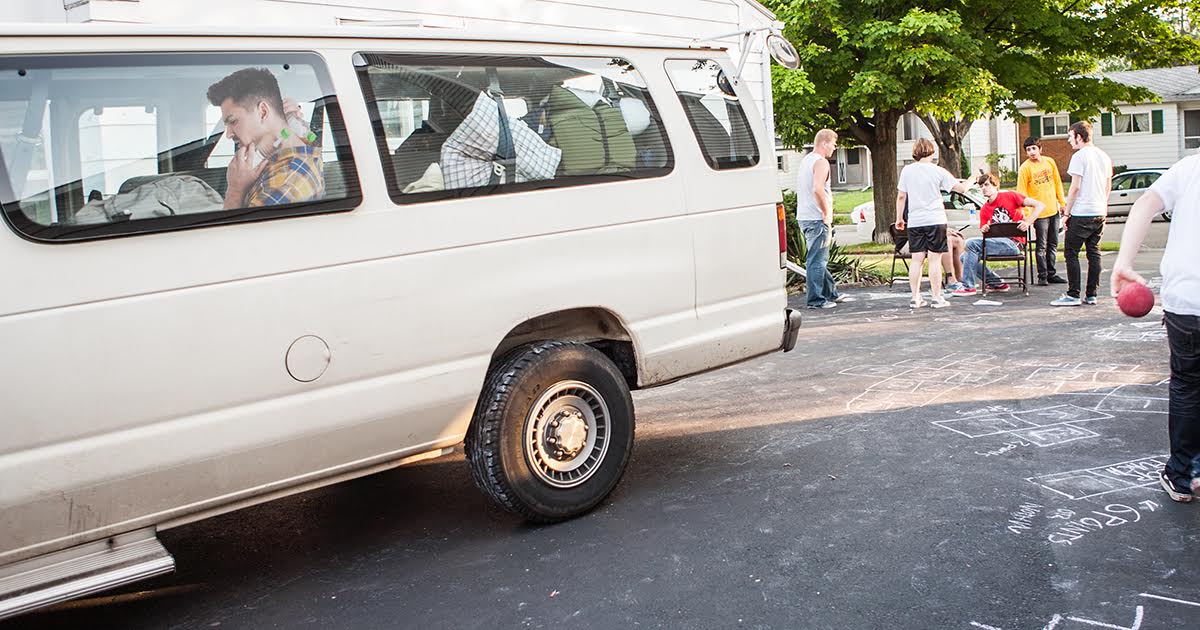 AUSTIN, Texas — A group of showgoers were shocked to find one of the bands performing that night left their bassist in a blistering hot van with no ventilation, emergency personnel confirmed

“I couldn’t believe what I was seeing,” said Melissa Nunez, waiting in line for the doors to open. “He was sitting in the van shirtless and sweating, just eating Chipotle. It was, like, 98 degrees outside — who knows how hot it was in that van? You see news stories all the time about bassists being left in hot vans, but some people still don’t realize the dangers.”

Last Action bassist, Mark Kesian, was reportedly left behind by his bandmates while he slept.

“In their defense, I was under a blanket and sleeping on the floor. I’m not allowed on seats anymore,” said Kesian, still sweating profusely when asked his thoughts. “It’s not like they keep me locked in the van all the time. Just when we’re driving or they’re running into the store real quick.”

Guitarist Dave Perro swears it was an accident.

“We are responsible bandmates. We would never leave Mark in the van like that on purpose,” he said. “We usually give him a couple bottles of water and crack the windows a bit; maybe find a shady spot to park — that way he’s comfortable and can interact with people walking by. People love him and so do we. He’s our special little guy.”

After 20 minutes of searching the venue for the van’s owners, Nunez and a few onlookers decided to take action.

“We knew we had to act fast,” she said. “We tried to talk to him, but he seemed disoriented and would not stop looking at his phone. When we realized he couldn’t figure out how to unlock the doors we had no choice but to find a rock and break the window.”

As of press time Kesian was seen chained to a fence post after allegedly trying to bite the sound guy.