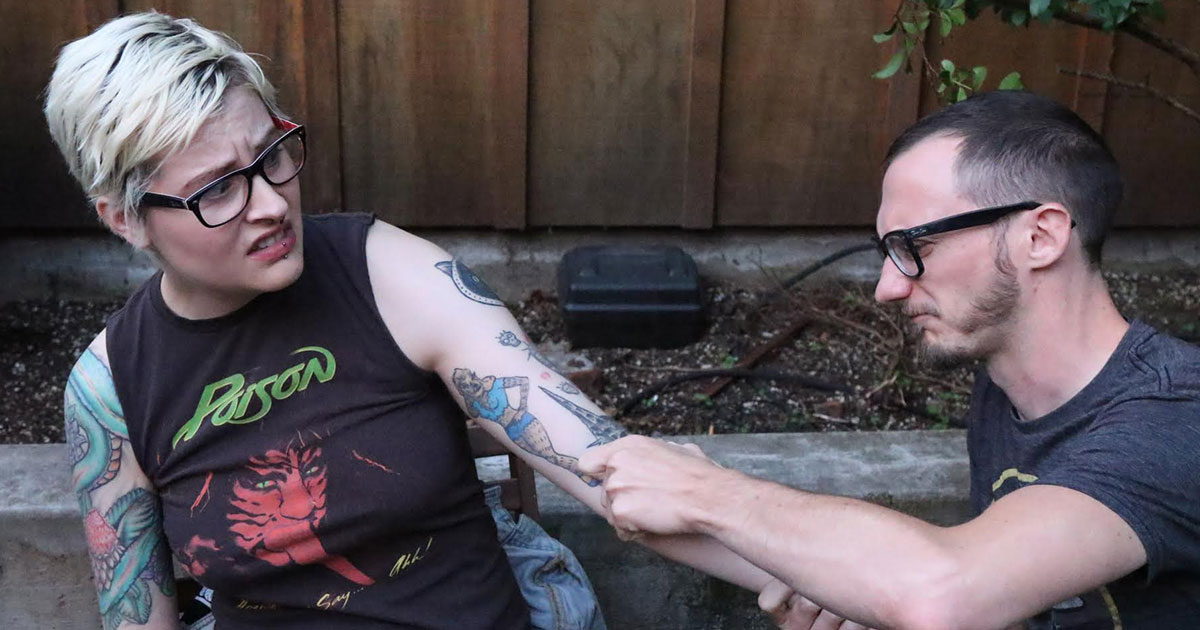 SACRAMENTO, Calif. — An unsolicited rubbing of the arm of local woman Sarah Collins early yesterday evening confirmed her three tattoos as “100 percent authentic,” according to sources.

“I saw this girl with a bunch of tattoos at the bar, and right away, I knew I needed to do some investigating, like, ASAP,” said tattoo enthusiast Darryl Kingston who conducted the field research on the patio of Damien’s Pub. “So I walked up to her, and was like, ‘Sweet tats, are those real?’ And I immediately grabbed her arm and started rubbing them ever-so gently. You know, to see if any of the ink came off.”

According to Kingston, the experiment lasted approximately 10 seconds before Collins recoiled and resumed conversation with her friends.

“I was only able to rub three or four of her tattoos, but they all seemed real to me. I’d still like to check the other arm, ask her what tattoo shop she went to, and also maybe get her phone number,” said Kingston, reviewing his notes. “Temporary tattoo technology is much better than it was when we were kids. I don’t care how many bars I get kicked out of. I will continue to do my duty.”

Experts note an uninvited rubbing is the only proven method of verifying the legitimacy of a person’s body art to date. With tattoos gaining popularity, many men have taken it upon themselves to uncover dilettantes.

“I’ve been banned from almost every coffee shop in town, simply for fulfilling my duty to confirm whether the tattoos I see on pretty women are real,” said tattoo verification expert Doug Griffin. “In the last 10 years, I’ve inspected well over 100 women’s arms, upper backs, and even a few ankles. So far, the only tattoo I’ve found to be fake was a glittery butterfly on the forehead of my six-year-old niece.”

Collins remained upbeat despite the unwanted touching by Kingston and countless others. “I just bought this spray that’s supposed to stop bears from attacking. I’ve really been wanting to use it,” said Collins. “So if this happens again, I really won’t have any problem unloading it.”

When reached for further comment, Kingston was found conducting an additional investigation in a TJ Maxx parking lot. Witnesses claim he was informing his subject of the tribal wolf/tiger goddess combo he “totally plans on getting someday.”