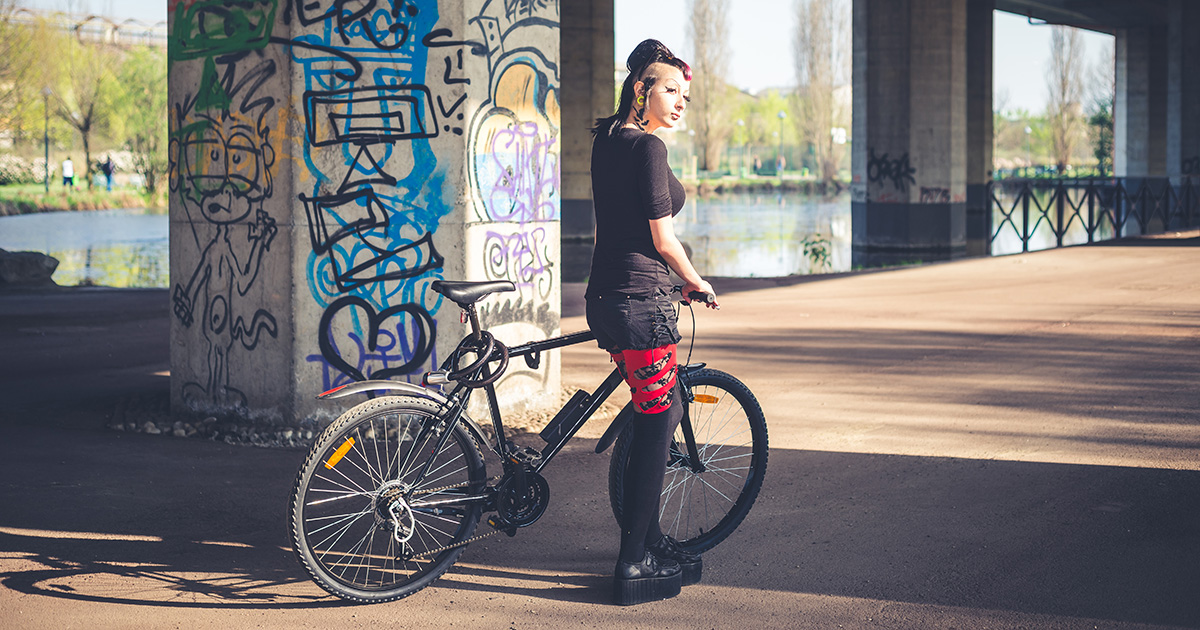 FORT COLLINS, Colo. — Health-conscious punk Stacey “Skaggs” Bellamy will no longer drive her rusted-out cargo van to purchase illicit substances, but will instead bike to her drug dealer’s house to better herself and the environment, according to impressed sources.

“I was waking up every morning shaking, drenched in sweat, and ready to shit my pants if I didn’t cop, like ASAP… and I realized it’s probably because I spend way too much time in the car,” said Skaggs, rubbing her forearms against a nearby concrete wall. “Cycling during my morning, afternoon, and evening commute to go buy dope will do wonders for my health.”

Those who know Skaggs well say her newfound dedication to her personal health is already paying off.

“She’s only been biking for a few days, but she already looks even thinner than she usually does,” said drug dealer Charles “Skanky Legs” Richardson. “She looks good, man — like Fergie sort of mid-way through her meth phase.”

Skaggs’ decision to turn her life around wasn’t one she made on her own, however.

“The whole community hopes her health improves, sure… but also, you’re not allowed to legally drive for two years after your third DUI, so the bike thing just sorta worked out that way,” explained Ofc. Franklin Thompson, walking up to Skanky Legs’ apartment with his service revolver drawn. “The best part is she sucks at riding a bike, so it makes tailing her way easier.”

Skaggs is optimistic biking is just the first of many new ways to improve her fitness.

“They haven’t let me out of the cell, but I hear the weight room here is sick,” said Skaggs, referring to the Larimer County Jail exercise facility. “By the time I get out, I’ll be jogging to score some tar. Let’s see those pigs catch me then.”

At press time, Skaggs was calculating how many FitPoints she’d earn for punching her cellmate in the boob.