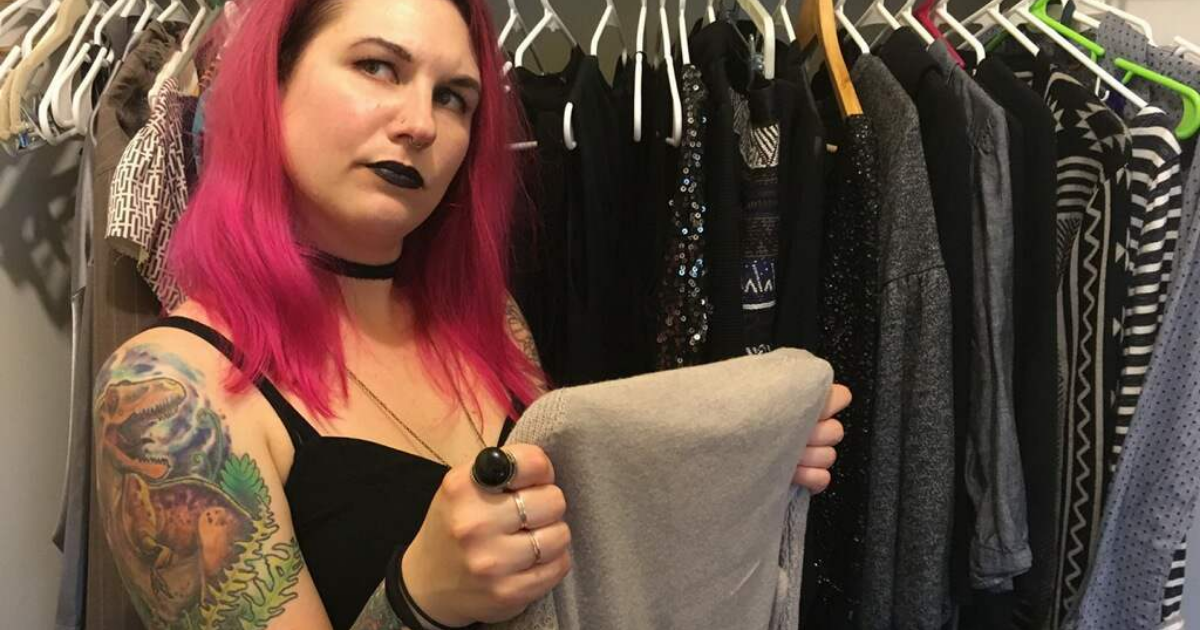 CLEVELAND — Local goth Stacy “Scheherazade” Kowalski reportedly may add a light gray sweater to her otherwise black wardrobe, potentially due to her fulfilling relationship, according to worried sources close to the content goth.

“I couldn’t believe my eyes,” said friend Erica Thomas, of the heather-gray V-neck sweater Kowalski allegedly held up against her body in front of a mirror. “Stacy’s never bought her clothes from anywhere but websites with the words ‘ritual’ or ‘grimoire’ in them. But there she was, shopping in an artisanal boutique, with plants hanging in the windows.”

“Real, living plants — not dead or dried or anything,” Thomas added. “I had to sit down from the shock.”

Concerns for the 24-year-old have only grown as Kowalski engaged in other disconcerting, light-hearted and “decidedly not-goth” activities in recent weeks.

“It’s gotten real weird since Stacy met that nerdy-looking boy at a poetry reading,” said Chad Bailey, Kowalski’s roommate. “She used to always blast ‘End’ by The Cure. Now it’s ‘Friday I’m in Love?’ What the hell is going on?”

“And she’s been opening the curtains around the house,” he continued. “The other day I came home, and she was watching Love Actually. She claimed Netflix automatically rolled over to it after she finished Donnie Darko, but she was, like, an hour into it. I’m really starting to worry.”

Suspicions were confirmed when the boy likely responsible for the changes, Geoff “Dorian” Calvin, was seen with Kowalski in “very un-goth-like” situations.

“Oh, yeah — it’s all true. I ran into them just, like, two days ago,” said Damien Hendricks, a fellow goth Kowalski dated last year. “It was super awkward because they were just having a picnic in a park — not even in a cemetery. And in the daytime, no less! They had a baguette, cheese, some fruit… and I’m pretty sure I saw cupcakes, but no blood splatter-design icing, and not even devil’s food. Fucking vanilla! I’m just glad I dodged that bullet.”

For her part, Kowalski dismissed concerns of anti-goth behavior.

“Just because I don’t wear Baphomet pendants or smoke cloves anymore doesn’t mean I’ve changed,” she said while applying a soft pink lip gloss. “Now, if you’ll excuse me, I’ve got to take my nephew to Build-A-Bear.”