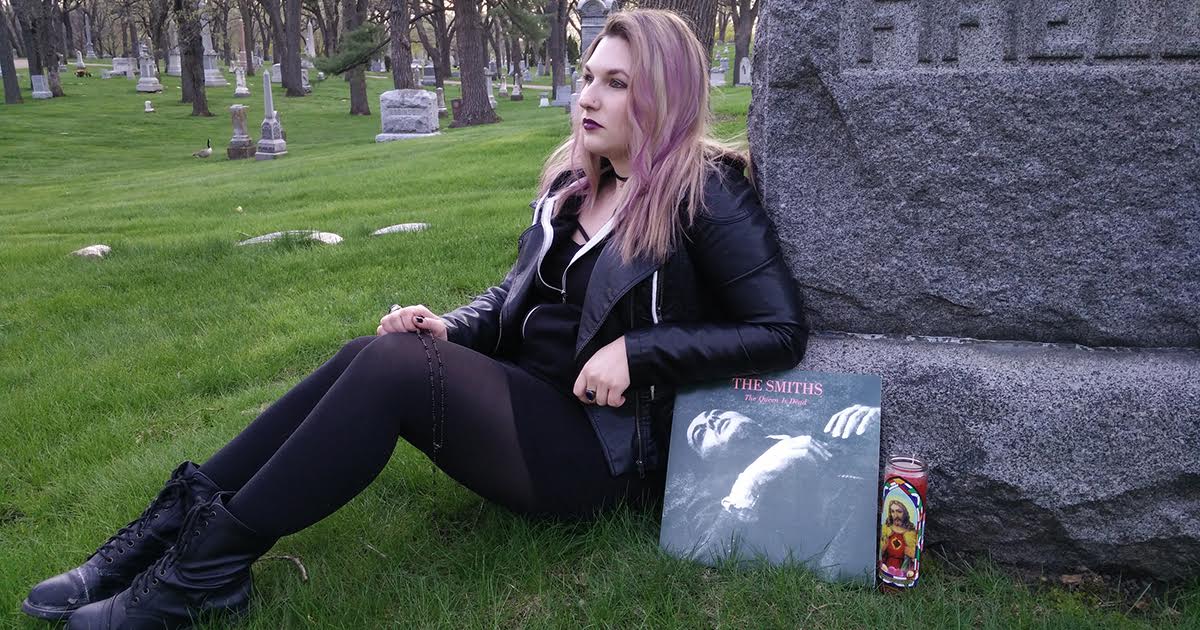 CLEVELAND — Local goth Stacy “Scheherazade” Kowalski is exhibiting “incredibly dark, morose, and in no way different” behavior than prior to a recent breakup with her longterm boyfriend, according to concerned friends.

“We went for a walk the other day, and she seemed so bummed out,” said Kowalski’s friend Marcella Winters. “She just kept talking about the futility of life, and how ‘there’s no point in opening your icy, black heart to anyone, because in the long run, we’re all going to die alone anyway.’ Seemed like any other Tuesday to me. You’d never have known she just got out of a relationship.”

“She’s been in her room, burning sage and listening to The Smiths’ ‘Unloveable’ on repeat. And I’ve caught her staring longingly out the window at night a handful of times,” said Bailey. “Honestly, I thought that’s what she did when she was happy.”

When asked about the man who broke Kowalski’s heart, Bailey seemed unsure.

“I don’t know — there was this weird-looking dude who I saw over here a couple times. He would just kind of lurk in the shadows and never say anything,” said Bailey. “The guy always gave me the creeps. Were they actually dating? Anytime I saw them together they looked so gloomy I thought he just came over so they could give each other bad news.”

Co-workers reported they couldn’t confirm if Kowalski’s breakup has affected her job performance.

“I haven’t seen her smile in… well, now that I think about it, I don’t know if I’ve ever seen her smile. I did see her laugh when the copy machine caught on fire,” admitted HR representative Brenda Houseman. “I didn’t know she was seeing someone. She doesn’t talk much about her personal life. All I really know about her is that she has a black cat named Beelzebub that she seems indifferent towards.”

When reached for comment, Kowalski had little to say about her recent personal trauma. “I’ve always been too dead inside to feel anything,” she said. “I’ve felt nothing for years except the cold, dark hand of the grave. But perhaps I’ll treat myself to a fancy new crucifix. Or at least a nice vial of lamb’s blood.”