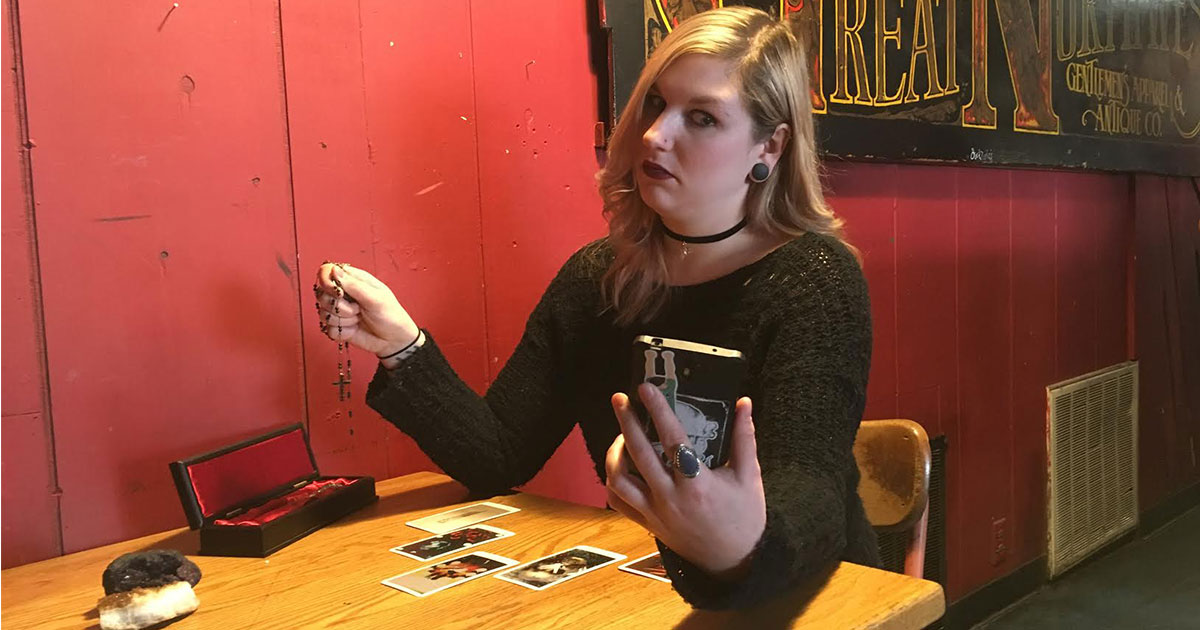 CLEVELAND — Local goth Stacy “Scheherazade” Kowalski succumbed to the perils of online dating apps filled with “countless happy faces” late last Thursday in hopes of finding a match who loathes all the same things she does, according to close friends.

“They’re all so boring, and positive, and I just don’t get why,” she lamented, swiping through picture after picture of clean-cut, grinning men wearing baseball caps and aviator sunglasses. “Is it too much to ask to meet someone who’s completely dead inside?”

The 23-year-old Kowalski admitted she’s been challenged by trying to date in her hometown. “All of the available men in this godforsaken city have such bland, pedestrian hobbies,” she complained, lighting a clove cigarette. “Golf? Rock climbing? Look, this guy is even smiling in all of his pictures. At this point, I’d settle for someone with seasonal depression and one Cure album.”

“All those guys in their stupid button-down shirts, all they want to talk about are their hopes and dreams and dumb marathon times,” said Kowalski, watching glumly from her bedroom window as kids played in the street. “I bet none of these guys have written one poem in the last year… or even strolled aimlessly through an old graveyard.”

For her part, Kowalski has a very clear picture of what her ideal mate would be like. “The man of my darkest nightmare would have no hobbies except staring pensively out of windows. He darkens every room he enters, and radiates negativity. He would have a cold, dead stare that stabs right through my icy heart,” said Kowalski, running her fingers across the cover of Edgar Allen Poe’s The Masque of the Red Death.

“When I do meet my demented Mr. Terrible, I’ll have our black wedding all planned out. It’ll be so easy to plan — we’ll invite no one, because everybody sucks,” said Kowalski. “It’s too bad all the ghastly men in this town are already taken, or dead.”

As of press time, Kowalski had updated her Pinterest board with pinned pictures of blood-spattered wedding cakes and dead floral arrangements.