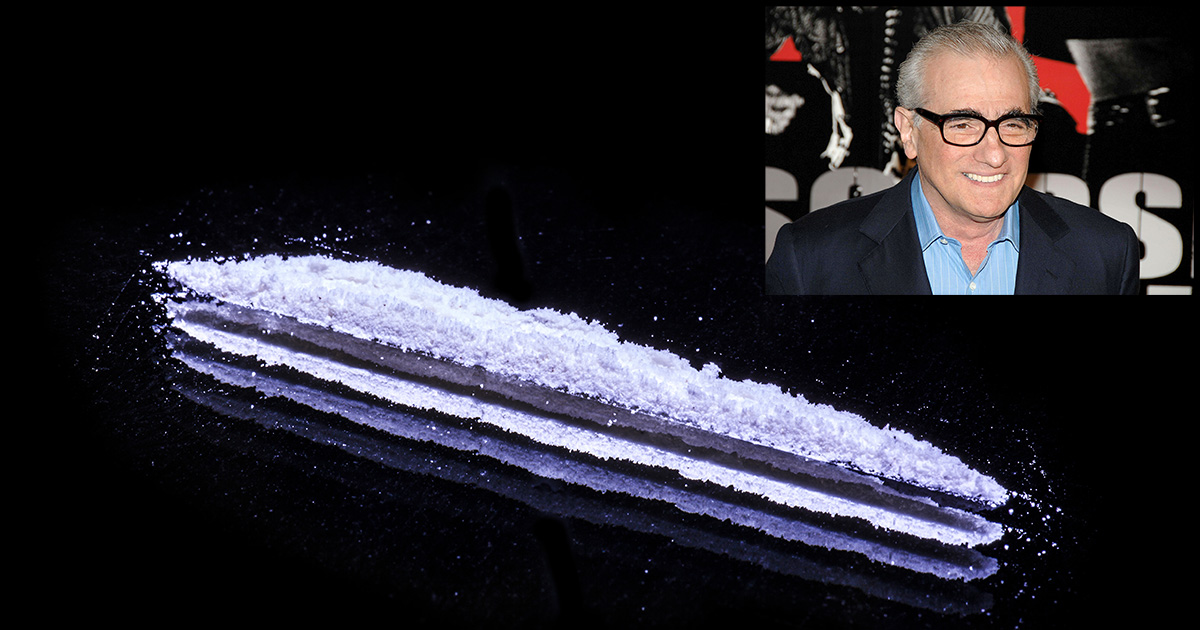 BURBANK, Calif. — Hollywood is abuzz amidst reports that one of its most fabled power couples, acclaimed director Martin Scorsese and his ‘70s muse, a giant line of cocaine, will reunite for an upcoming film, paranoid sources stated on conditions of anonymity.

“I’ve been behind the eight ball lately. Late on child support, rent, and what I owe my bookie. Thank Christ Marty called me when he did,” said the struggling 27-inch-long line of glistening white powder through pressured speech and repeated sniffling. “I heard Ketamine might get this part, but please. Joe Pesci ain’t gonna tell ya ta go fuck your mother from some K-hole. I make everything more enjoyable, but Martin gets me the most credit. Thought I was a shoo-in for Best Supporting Actor with ‘Boogie Nights,’ but reviews were all Heather Graham’s roller-skates this, and Marky Mark’s huge piece that. Then Johnny Depp promises script revisions for ‘Blow,’ but after all his yeah-yeah-yeah bullshit, turns out he just wanted a scene where he snorts me off of Penelope Cruz’s tits. Degenerate fuckin’ jagoff.”

Although few were surprised to see the two rekindle their cinematic partnership, the news sparked temporary pep among film critics.

“This casting is a natural fit for Scorsese’s relentless obsession with excessive excesses,” explained film historian Leonard Maltin. “Whether he’s drenching the screen with superfluous parades of redundant violence, saturating audiences with exaggerated displays of uninhibited Catholic guilt, or putting ‘Gimme Shelter’ on the soundtrack for the tenth fucking time, nothing helps this director make his repetitive point over and over again quite like some flake.”

Fans were also ecstatic, eager to return to something familiar in an increasingly unpredictable world.

“I like Scorsese because his characters are glamorous and heroic, and the stories aren’t too deep,” explained cinephile Peter Fox. “Maybe I’m missing something, but all he’s trying to say is that Wall Street grifters, crooked casino bosses, and murderers get to do all this cool looking shit that the rest of us don’t. And doing cool shit is cool.”

According to industry insiders, Mr. Scorsese is contemplating how many more characters need to suffer horrific deaths and inglorious fates before his viewers finally get the actual fucking point already.