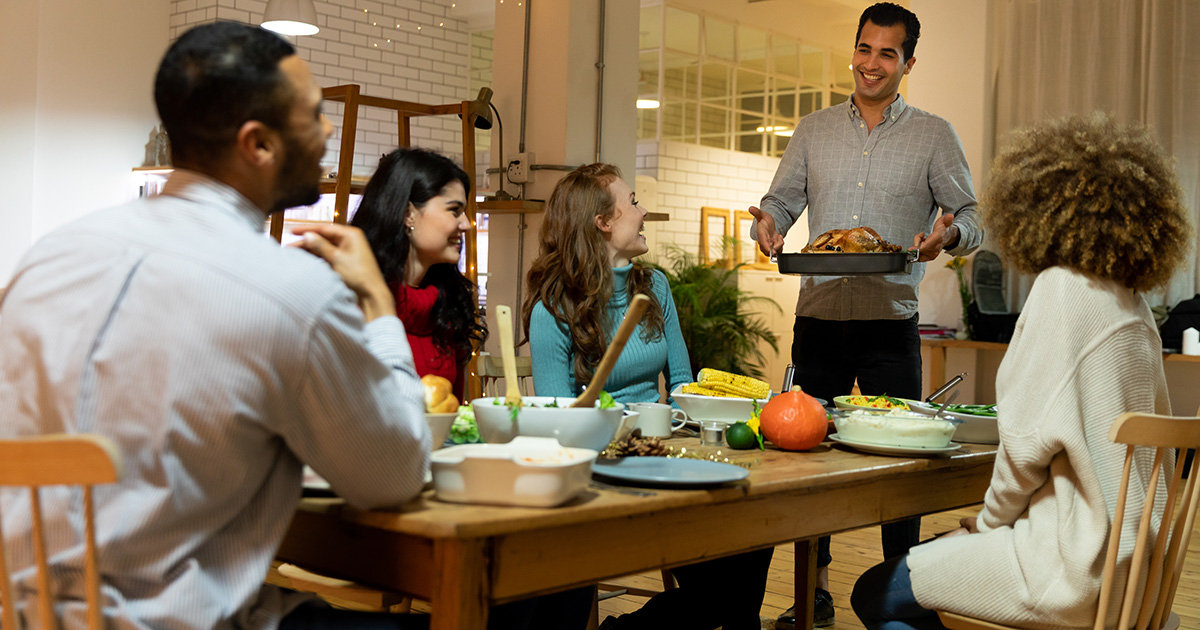 WEYMOUTH, Mass. — The guest list of an annual Friendsgiving celebration, truncated this year due to COVID-19 mandates, has shown excluded members their exact status within the friend group, sources who swear this isn’t a big deal confirmed.

“Yeah… it’s cool. I don’t mind sitting at home, eating a microwaved Hungry-Man dinner that’s been sitting in my freezer for three years, while my so-called ‘friends’ get a break from isolation and carve up a sweet bird and eat apple crisp,” said low-level friend group member, Terry Sullivan. “Who would want to be part of an intimate gathering like that anyway? I’ll just live Tweet ‘Planes, Trains, and Automobiles’ on TBS and interact with everyone online who also can’t relax because of the knife firmly planted in their back.”

Organizers of the Friendsgiving took pains to assure friends who didn’t make the cut that this was “nothing personal.”

“All of us know it’s not a good idea to visit with our families this year, but some of the gang thought it’d be good to still get together. It was tough to keep the invite list to just five, but we told everyone else they could Zoom in if they wanted,” said party host Asher Klein. “I do admit it was easier to exclude some people — like Gordy Rourke, who got drunk at Friendsgiving last year during the Cowboys game and then slapped my girlfriend on the ass before calling her a bitch. He gave a half-hearted apology, but I’d still rather just not deal with that again. And Samantha Clifford has been posting a lot of stuff about how COVID-19 is a hoax, so I’d prefer to stay away from her before, during, and long after Thanksgiving, probably.”

The CDC released a series of recommendations to help people choose which friends to include in your Friendsgiving.

“We want everyone to be happy, but most of all, be safe. Our first bit of advice is to immediately cut any friends who keep complaining that they can’t go to brunch — those people need to realize this pandemic has killed over a quarter million Americans, and that their mimosas can wait,” said CDC spokesperson Izzy Landers. “Most importantly, we suggest that persons don’t invite any friends who have recently become interested in CBD or streamed ‘Emily in Paris.’ Not for any health reasons, but just because the conversation will be very annoying, at best.”

County officials noted that people who claimed they volunteered at a local food bank, but actually just stayed home and masturbated, remain safe to invite.