Friends Assume Musician Made Living from Music Before Pandemic 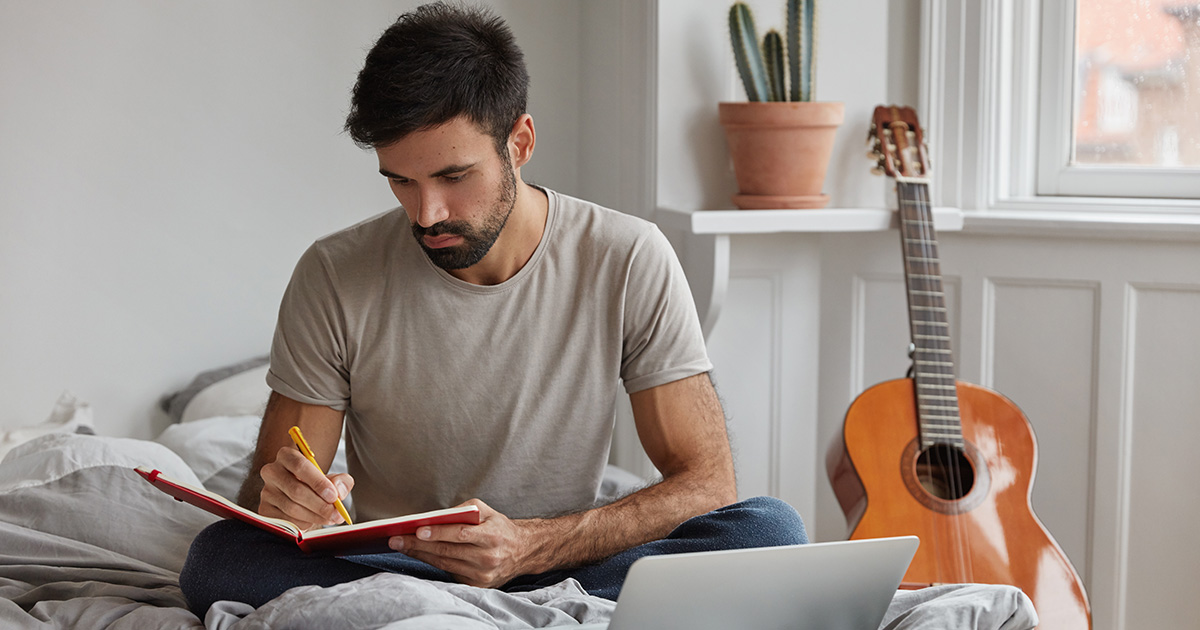 “I don’t have the heart to tell my normie friends that my financial situation hasn’t really changed much since everything shut down,” said Feltus, who works part-time as an in-store grocery shopper. “They never really came to see me play, so I think they assume other people did. If anything, I’ve actually saved money not playing out-of-town shows where I spend more than I make at the bar and end up springing for a motel room. But it seems to make people feel better when they reach out, so I just go with it.”

“It’s always been my goal to support myself with my art,” Feltus added, “so the fact that people think I do is kind of the next best thing.”

Unfortunately, friends of Feltus grossly overestimated the economic hardship of who they assume to be a working musician.

“I can’t imagine what it’s like to have the rug pulled out from under you like that and lose your whole livelihood overnight,” said former classmate Dae Jeong. “I try to check in on him when I can, and occasionally I’ll drop off some soup or a casserole. I even listened to some of his music. It wasn’t my thing, but I left it playing on Spotify with the volume down, just so he’d have a few extra bucks in his pocket.”

Stanford University economist Robert Wagonthrall explained how the valuation of bands by their non-musical friend groups is often divorced from real-world financials.

“It’s not uncommon for a local band’s perceived worth to exceed their actual economic performance,” Wagonthrall said. “In fact, an IG-savvy frontperson or an attractive T-shirt design can help a band generate tens of dollars in crowdfunding revenue without ever producing a single piece of music. That’s why I’ve always been a proponent of more reliable musical investments that don’t depreciate in value over time, like gold-tipped guitar cables or drink tickets.”

At press time, Feltus was still waiting for friends to join his Zoom meeting for the virtual show they had suggested.