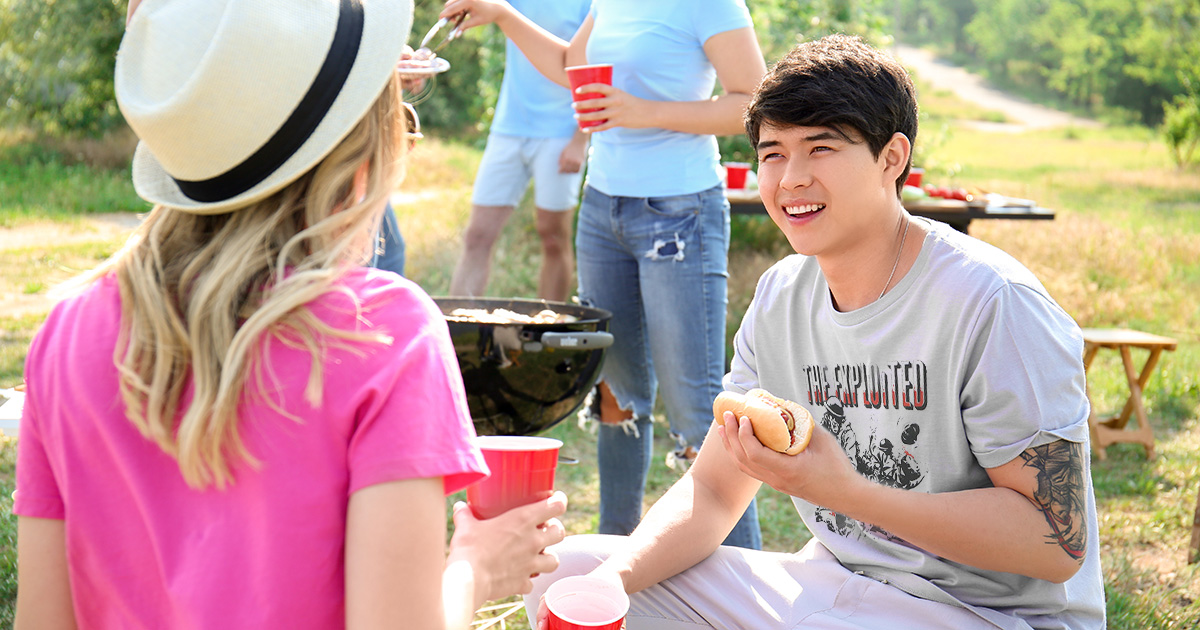 “Normally, Curtis and I don’t talk that much unless I’m reminding him that he needs to take his trash cans to the curb. But I thought I would do the neighborly thing and invite him to my annual BBQ for a couple of wieners,” explained neighbor and event host Glen Ollenstock. “When I first told him about it he was really dismissive and went into some long, weird rant about the Bay of Pigs. But when I mentioned I got footlongs this year he was all in. Seriously, I’ve never seen the promise of a hotdog change a person’s attitude that dramatically. Now I’m genuinely concerned about what his diet normally consists of.”

“I don’t know who the smelly guy [Ollenstock] invited is, but I heard him audibly gasp earlier when he realized there was relish,” said Lynn Fraine, Ollenstock’s sister-in-law. “We pretty much go all out for the fourth usually, but this dude is still floored by hot dogs. I’m worried that if he finds out we also smoked baby back ribs for this he might seriously hurt himself.”

Richards explained the genesis of his newfound attitude toward America.

“Damn, these dogs are tasty! Shit, they even got this cool spicy mustard too,” exclaimed Richards in between his fourth and fifth tubed meat serving. “Yes, this shitbox of a country is an imperialist surveillance state every day of the year, but they toasted the buns! If capitalism gets you a day off and chipotle mayo then I’m gonna ride that melted cheese and diced onion train the whole way, since I’m pretty sure everyone I know is at some baseball game getting hammered on 2-for-1 beers all day.”

During Ollenstock’s evening fireworks show, Richards was once again amazed that there was a way to blow things up without getting arrested for arson.