Fatso Leaves Shirt on While Drumming 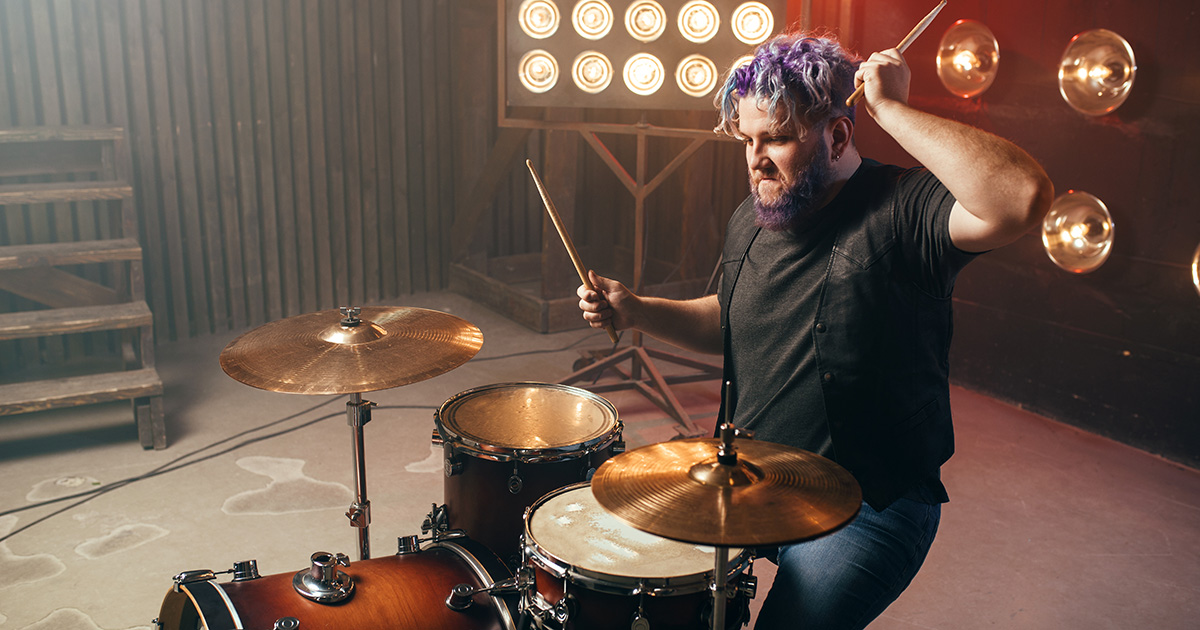 BURLINGTON, Vt. — Rotund drummer Mike Crenshaw overcame the insecurities associated with his body by leaving his shirt on during a recent set at a local VFW Friday night, sources fully aware he was trying to hide his budding man boobs confirmed.

“When Smash Index started taking gigs, Mike was always seeing the other band’s drummers taking their shirts off while performing and it made him very uncomfortable,” stated frontman Jake Lombardo, while lifting his shirt up to show his abs. “We’d really have to push him to get up on stage and start drumming. When he finally did, he just would half-heartedly play with his arms crossed all weird to cover up his gut. Then one day, instead of taking his shirt off, he played while wearing a plain white tee. The thing was drenched with sweat in the end, but you almost immediately saw the difference in his confidence and in his performance.”

Crenshaw, for his part, states that while he doesn’t have any explicit issues with his repulsive body per se, the change in audience response has been notable.

“I’ve always been a little overweight, so by this time I’m fairly comfortable in my own skin,” stated Crenshaw. “I’ve been called just about every weight-related insult you can imagine at this stage of my life, so they pretty much roll off me, but it’s distracting and not really fair for the rest of the guys when someone yells out ‘where’s your bra, you fat fuck?’ So at least this way I can sort of prevent any of that.”

Psychologists noted that this could be a game changer for fatties who want to play drums without everyone being distracted by their jelly rolls.

“The hardcore scene often creates a standard of body-image that is difficult for many to attain. The high intensity and frequent movement of the frontman allows them to easily maintain a ripped body so hot you could fry an egg on their stomach,” noted Dr. Elizabeth Hayden. “For a drummers, it can be considerably more difficult. Like the frontman, they are expected to remove their shirts during the course of performing, but since they’re pretty much sitting on their lazy asses and drinking the whole time, the end result is schlubs like Crenshaw. This new development will now allow these tubby bastards to entertain us without disgusting us with their horrid bodies.”

Crenshaw closed by stating that “you wouldn’t be so impressed” with Lombardo if you “saw the amount of steroids he took on the reg.”