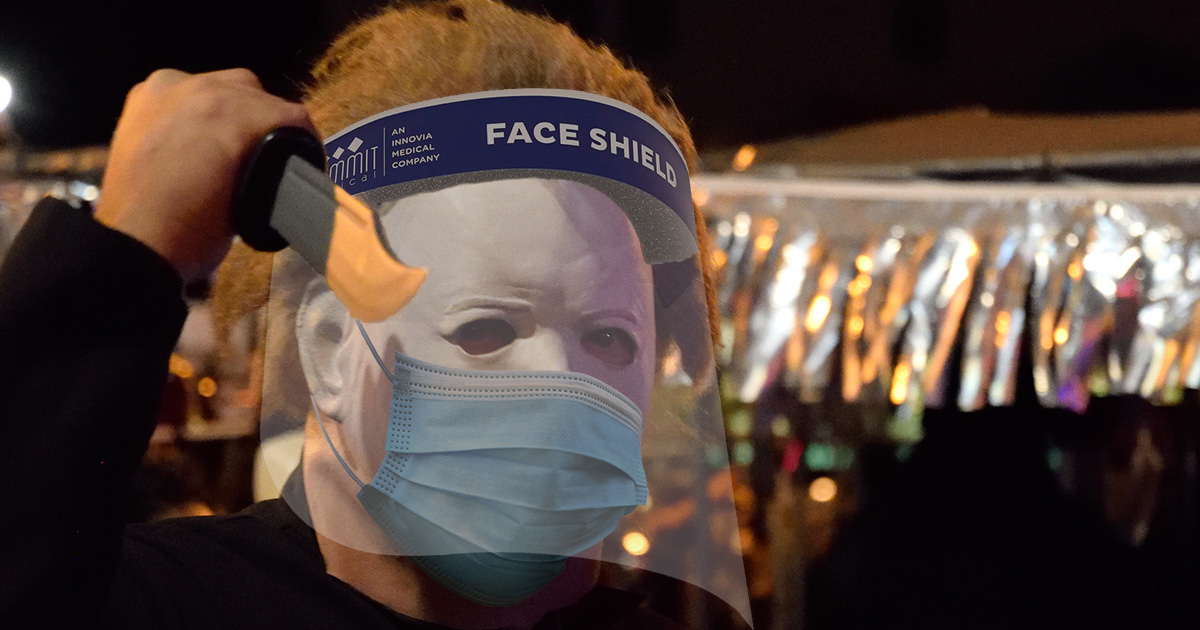 “Although my patient Michael never speaks, I get the strong impression that he’s still fearful of the virus,” explained Myer’s psychologist Dr. Samuel Loomis. “His frustrated body language communicates that he is incredibly pissed regarding people already gallivanting about, having brunch indoors, having parties and fornicating like things are normal again. I’m sure he’s eager to return to his beloved hobby of murder, but you don’t see him breaking social distancing rules. It’s my professional intuition that, when he is ready, his first murder victims will exclusively be anti-maskers and COVID-deniers.”

Roommate at the Ridgemont Federal Sanitarium, Marcus Morales, is a firsthand witness to Myer’s neurotic behavior during the pandemic.

“For a dude that slaughters horny teens with a chef’s knife, Mike sure has a stick up his butt when it comes to safety,” said Morales. “He’s been wearing the same disgusting William Shatner mask since the ‘70s, but he has the nerve to ask me to disinfect my clothes as soon as I come home from community service? Sure, he won’t even shower when he’s drenched in human blood but God forbid he eats in the cafeteria. I’d tell him to chill out, but ya know, I don’t want to end up with all my teeth in his pocket and a slit throat.”

While other masked murderers are allegedly following suit, one particular dream-invading monster is defiant in the wake of CDC regulations.

“Masks are total garbage, bitch,” said slasher and anti-masker Freddy Krueger. “Nowadays, people are more afraid of getting some stupid virus than being eaten alive by a demon snake in their dreams. And how can I shock people with my scars or deliver hilarious quips with my face covered? Fauci expects me to give that up? Fat chance. Now that vaccines are rolling out, there are no rules, bitch.”

When asked how soon he will return to full-time murdering, Myers stood in silence grasping a knife while remaining six feet away at all times.