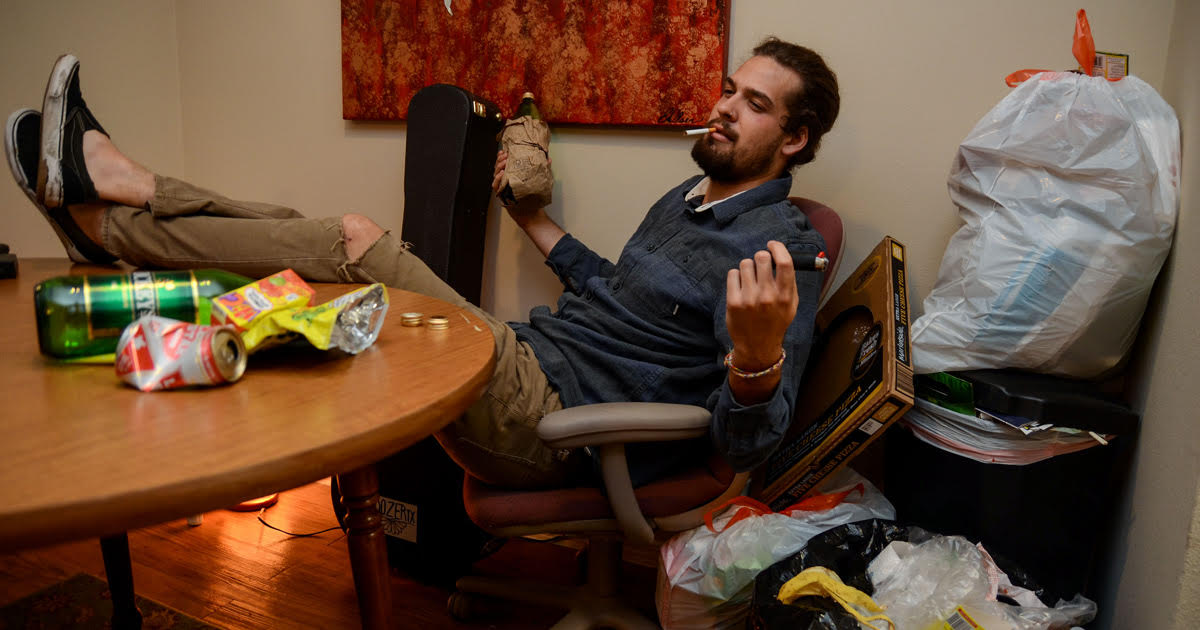 TACOMA, Wash. — Despite his rigorous touring schedule, guitarist Marcus Lorenez still finds time to be an “inconsiderate and neglectful” member of his household, according to roommates and neighbors alike.

“It’s honestly sort of impressive,” said roommate Josephine Michelson, sweeping an entire 12-pack of Lorenez’s empty beer cans into a trash bag with her forearm. “It’s not only messes, either… just the weirdest shit to deal with. Yesterday, we had some random dude drop by, claiming Marcus said it was cool for this guy to sleep in his bed while he was gone. And the same thing happened today with a different dude.”

Those close to Lorenez say the member of several prolifically-mobile garage-rock and hardcore bands most recently abandoned his kitchen compost project to participate in a Seattle medical study for extra cash.

“When we let him move in, it was partially because he said he’s hardly ever home,” said former roommate Mike Clancy. “I left after his garbage pile oozed all over the floor and I slipped and broke my collar bone. The smell from the trash juice ruined my brand new shoes.”

Lorenez’s 18-year-old cat, which has a long list of ailments, only adds to his alleged shittiness.

“Darby is the worst cat I’ve ever had the displeasure of knowing,” said Michelson. “You have to manually stimulate his colon or he can’t poop. If you don’t, he shrieks like chimp until everything is out of him. Sometimes, his hip just pops out of place, but try to help him and he’ll bite the fuck out of you. I’ve lost a lot of blood.”

Those who have known Lorenez longest corroborated Michelson’s reports, indicating a long history of irresponsibility.

“I’m very proud of Marcus’s musical ability and his work ethic,” Jodie Lorenez, his mother, said. “But even as a kid, he pulled that kind of crap. We turned his room upside down once when he was away at camp to look for his sister’s hair dryer after he’d borrowed it to put patches on his backpack. Then, one week later, the police showed up, asking about an illegal filesharing server he’d somehow set up to run on his computer in his absence.

“Oh, and don’t even get me started on the ant farm incident,” she added. “I still have the newspaper headline cut out and pinned to our fridge.”