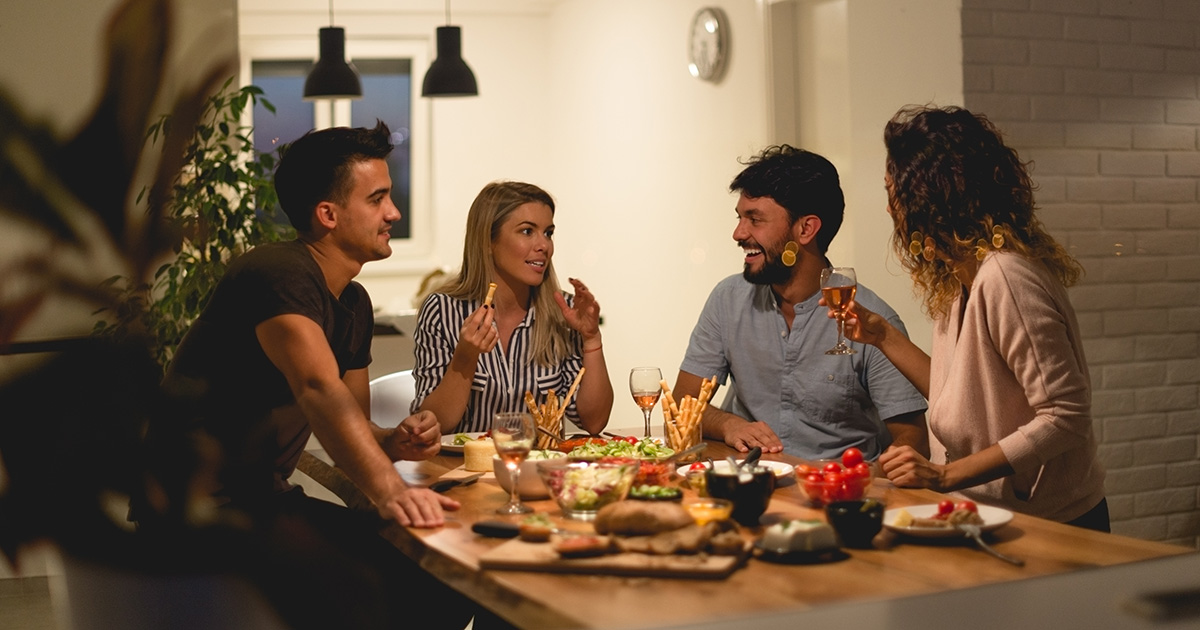 NEW YORK — Attendees of a dinner party hosted by Jon and James Adler were ignorant that the couple had engaged in a raw, depraved fuckfest on the dinner table 30 minutes earlier, sources reported.

“Their dinner parties always take my breath away, but something about this meal just left me feeling satisfied,” remarked guest, Jeff Holloway, unaware James had ridden Jon like a bull inches from his plate the very same evening. “There was just this explosion in my mouth of flavor. Everything about the meal made my mouth water. They must have been using a new room freshener as well, it had this earthy, musky scent to it. They definitely knew how stuffed we were, too; they just kept sharing looks and giggling.”

Reached for comment, the Adlers stated that the incident was a spontaneous occurrence in the process of preparing for guests.

“We’d been so busy getting everything ready for the party and work this week, I guess we hadn’t really had much time for each other,” remarked Jon Adler, who railed James while wearing a dog mask on the exact spot his boss was showing other guests photos of her family. “We were getting the table ready and James made this ‘that’s what she said’ joke. I guess that just reminded us both it had been a minute since we were last intimate, because without even thinking, I just threw everything off the table and jumped all over him. We only stopped when someone rang the buzzer, so we cleaned as best as we could and got the party going.”

Experts stated that while the couple’s close proximity to food during the physical act was less than sanitary, they do exemplify a couple with a healthy sex life.

At press time, James Adler was overheard assuring his guests that dessert would be out in “just a minute” while Jon ate his ass in the kitchen.