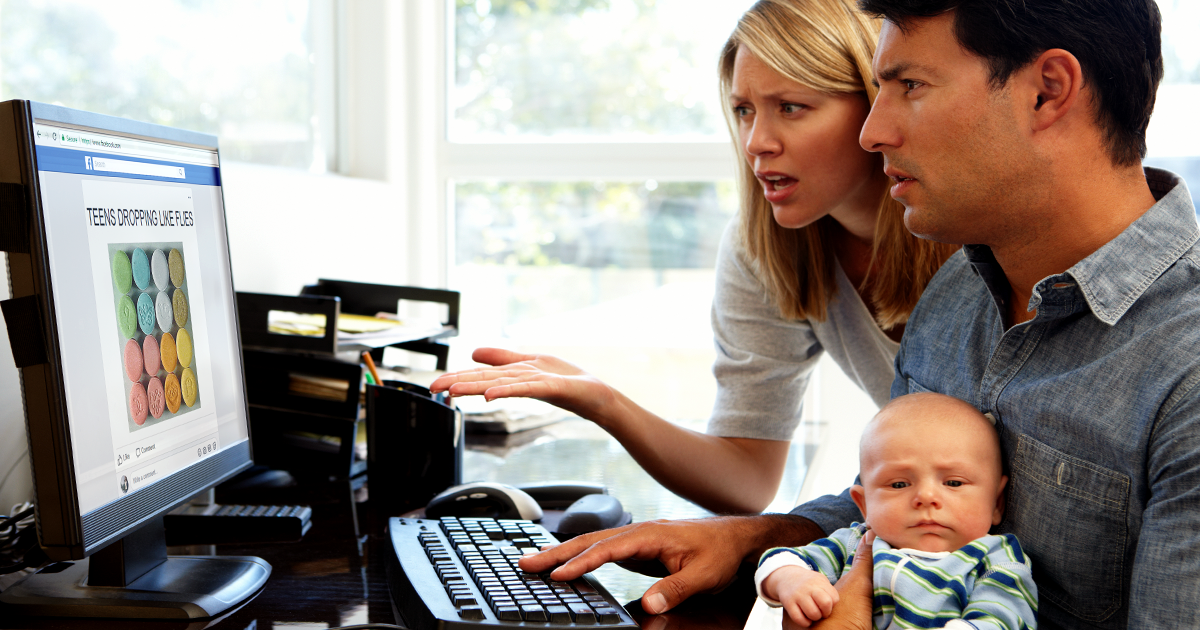 The new drug, known by street names “the Sluice,” “Daddy-o,” or “Coffee with Friends,” has set parents on high alert, prompting many to take the news directly to their children’s Facebook pages.

“Have you seen this, sweetie?” 54-year-old mother Beverly Moore posted to her daughter’s wall with a link to the bombshell article. “Please be careful, and don’t take any pills unless they’re given to you by a medical professional. Even taking this once can cause permanent brain damage!”

The popular Facebook group “Parental Awareness and Prevention” posted the initial link from usrealnewsandreports.com, an organization that beat every single major news outlet and website to the story.

“We heard from a guy whose sister knows a cop in Missouri, who told her about a new ‘designer drug.’ We felt it was our duty to report this to the countless parents aimlessly navigating Facebook across the nation,” said U.S. Real News and Reports Editor-in-Chief Chaz Parlour. “According to our findings, 105 people die every minute, and 90 percent of those deaths could be linked to this new drug.”

Users of “the Sluice” describe it as a cross between the high of heroin, with the manic energy of cocaine, all for less than the cost of marijuana.

“I’ve never heard of it, but to be honest with you, it sounds fucking amazing,” said 20-year-old partier Martin Sanderson. “I’m telling all my friends about this. All this time, we’ve been smoking regular weed like idiots. You don’t, like, have any do you?”

Daddy-o’s seemingly impossible benefits come with a potentially hefty cost, according to the article. Common side-effects, and tell-tale signs that a teen is on Coffee with Friends, are fatigue, sleeping in past noon, irritability, and facial breakouts.

“When my son said he was getting ‘coffee with friends,’ I had no idea this is what he was doing,” wrote one concerned father to no one, on his own Facebook wall by accident. “All the signs were right under my nose.”

Parents are nevertheless optimistic they can stem the spread of the drug through coordinated action. “This reminds of the ‘Jenkem’ scare of the mid ’00s,” one mother posted. “Thank god we parents were able to sniff that one out and put a stop to it.”