Cute Skeleton on Bench Outside of Library Actually Anti-Homeless Architecture 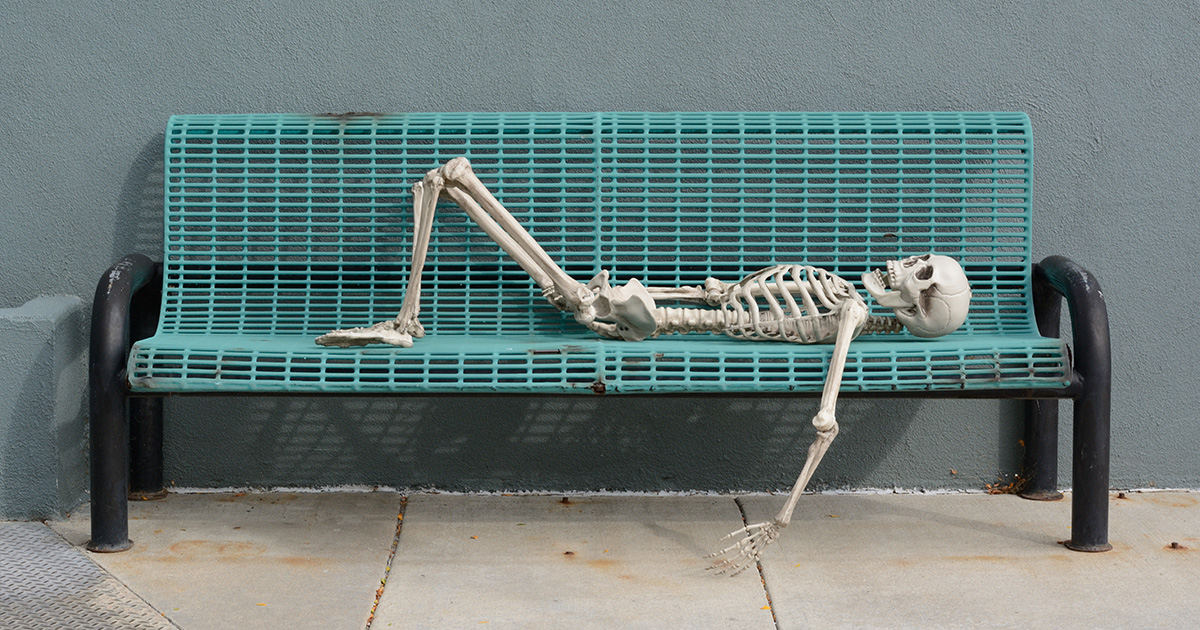 KALAMAZOO, Mich. — A skeleton mistaken for a seasonal decoration at a local library is suspected to be an architectural ploy designed to prevent houseless residents from resting in a supine position for any amount of time.

“I, for one, love the skeleton. It’s nice to see the city taking steps to keep our little community looking prim and proper and pleasing,” said concerned resident Nimby Reagan. “Those skeletons are just so festive, don’t you think? And not to mention they act as nice little accouterments to make sure that city infrastructure is being used for its intended purpose. Between that and the spike-covered jack-o-lanterns lining the enclosed porch, this space is looking better than ever.”

Others in the community sense more sinister motivation behind the decor.

“I obviously don’t want to get too political, but it’s obvious what they’re doing, isn’t it?” said a librarian who asked to remain anonymous. “People tend to congregate out there, the library is a safe space where people can come and seek shelter, and the bench right outside just so happens to be taken up by one of those skeletons? I knew something was up after the sharps disposal thing in the bathroom was replaced with a candy corn mosaic of Henry Ford.”

When asked for comment about their placement of the skeleton, city representative Clark Drummond was noticeably nervous.

“Uh, the city is obviously working to solve the homeless crisis, and these kinds of baseless spurious accusations are just fostering more division among everyone,” he explained. “Mayor Anderson and the City Commission are working around the clock to address the problem, and the idea that we would intentionally make the city a more hostile environment is ridiculous. Those skeletons are about good, wholesome family fun! They also release a noxious gas any time the bench has weight on it for more than 15 minutes, but that’s just funny.”

At press time, the skeleton located in front of the State Theatre was adorned with a little skeleton dog in a costume.