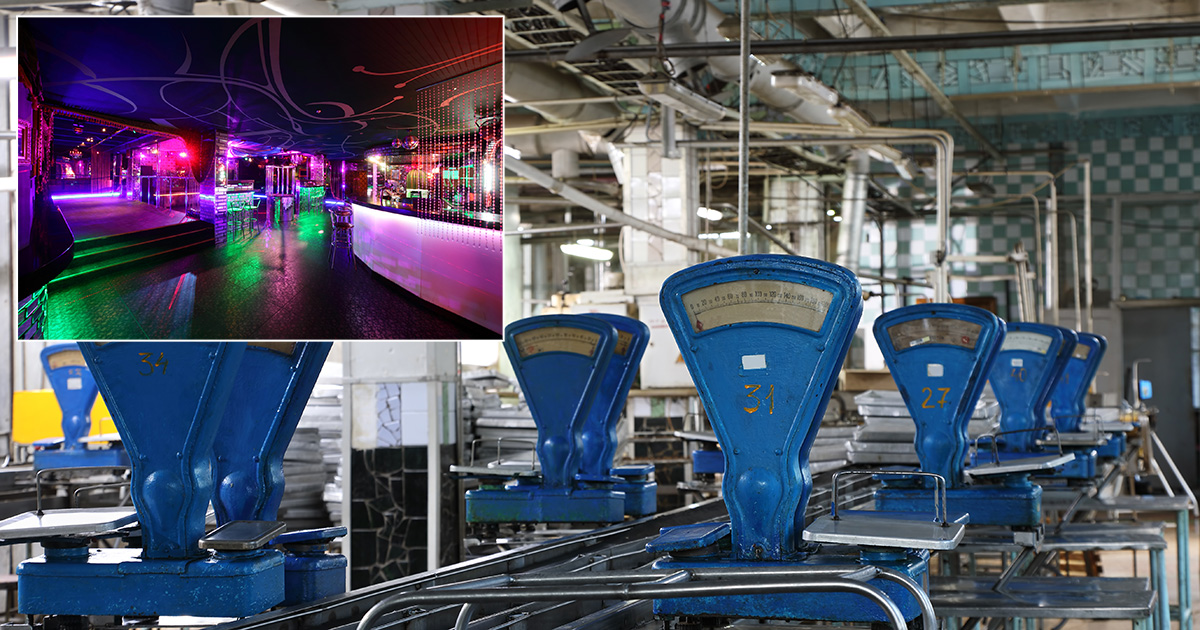 SCHAUMBURG, Ill. — The local manufacturing scene is buzzing after an exclusive new factory opened in a redeveloped nightclub on the edges of the city’s Dance District, blue-collar sources reported.

“This is going to be the hottest factory in town,” said owner Marco Bresci. “I mean, really hot. We’re going to be welding into the early hours of the morning, baby. We already have people lined up down the block waiting to get in to apply for a job. This place is going to offer competitive rates, depending on experience, a sick PTO package, and double time pay on Sundays. If you don’t have a passion for manual labor, then go try finding an office job downtown.”

The chic manufacturing plant, dubbed Schaumburg Injection Molding, is retrofitting the former Kism3t nightclub and breathing new life into the neighborhood, though not everybody is happy about the glitzy new facility.

“My father did the hustle at that place for years, and his father before him would do the Lindy Hop until the sun came up,” said Brandon Carmichael. “My old man used to come home late, sweaty, exhausted, and strung out on so many club drugs that my mother would have to stuff a wallet in his mouth so he didn’t swallow his tongue. But by God if he didn’t sell enough blow to put me and my siblings through college. Knowing some industrialist gutted it to make room for a bunch of big shot injection molders makes me sick.”

Manufacturing has found fertile ground in America’s abandoned venues, which offer large spaces and high ceilings well-suited for industrial use, a trend that is advancing rapidly due to COVID-19 and foreign competition.

“We’re competing on a global scale and losing,” said an unemployed promoter who identified himself as Ricky Fabulous. “Clubs in Asia can offer covers that are half of what we charge here, and the Europeans have always been more protectionist around their venues. People would rather jet over to Berlin or Macau than source domestic dance nights. I get that folks are excited for these new living-wage jobs that don’t require a college degree, but let’s not forget about all the DJs that are now out of work.”

Following news of the newly opened factory, Bruce Springsteen is reportedly writing a haunting ballad about a small Midwestern town that loses its only club, rumored to be inspired by the Kism3t closing.