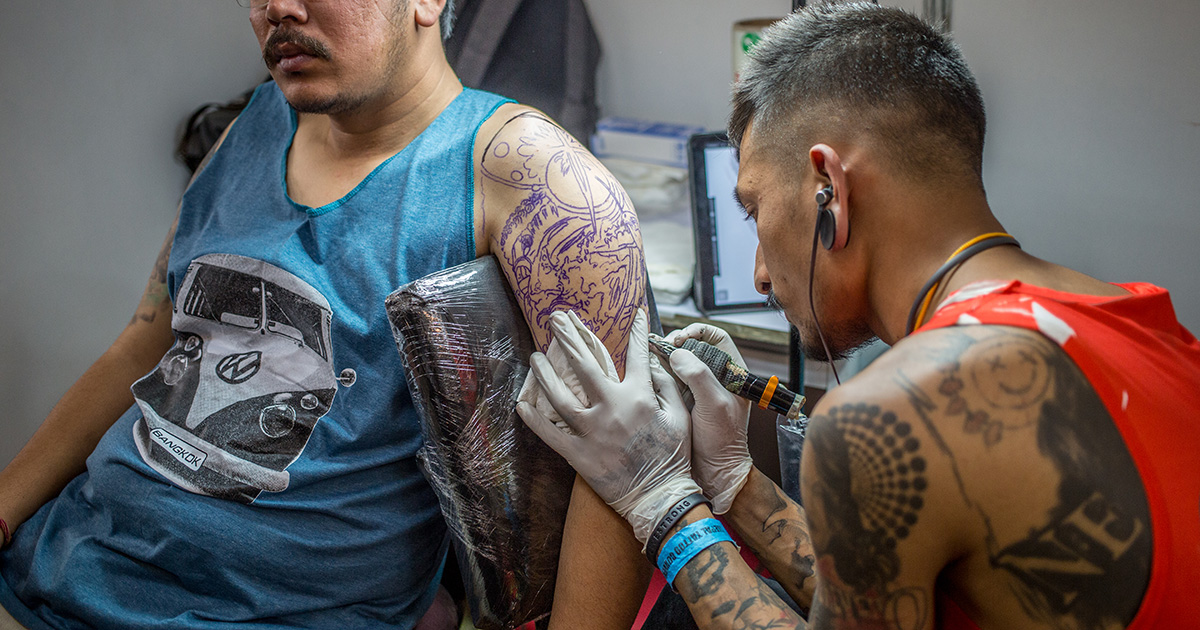 Jacksonville, Fla. — Local part-time dad Deryk Hoyt was disappointed by how far from completion his half-sleeve was after spending his Child Tax Credit at the local tattoo shop, sources that wouldn’t expect anything different from him confirmed.

“I dunno, it just doesn’t seem like this money from the government really goes too far for the average guy. They’re bailing out all of the banks and shareholders, but the shading and coloring has to wait until we get another stimulus or something,” said Hoyt. “I mean, I’m only technically considered ‘Dad’ every other weekend, so I was thinking of using the next installment to finish up this side, and maybe put a deposit down on this wolf design I wanted to get started on my other arm. If anything’s left over, I’ll probably get my son Aiden a new Tamagotchi or whatever it is kids are into these days.”

Tattoo artist Cedric Adler said he thinks Hoyt should be spending the money on his family, but can’t complain about the revenue he’s seeing thanks to the Child Tax Credit.

“The shop has been doing great lately, and I owe it to guys like Deryk,” he said. “The second they get some extra cash, they come running into the shop like they just won tickets to the Wonka factory. Look, it’s a free world, and I’m not going to tell anybody how to parent. Should he be getting caught up on his utilities and car payments? Absolutely. But if I throw down a binder full of designs and he starts throwing cash around, I’m not gonna stop him. My kid has to eat too, and I want a Playstation 5.”

Resident punk rock economist Roger “Bones” Skully weighed in on Hoyt’s spending, saying he believes that family should come first with regard to the money.

“Instead of spending the next $300 on himself, maybe it’s time to get his kid some new clothes,” said Skully. “Get him some Dickies, a good pair of New Balance sneakers, and a chain wallet to tie it all together. Just because you have to occasionally be a provider, doesn’t mean you can’t do it with some style. Or hell, you can get a lot of Celeste Pizzas for a hundred bucks.”

At press time, Hoyt was visibly disappointed after cracking open his son’s piggy bank and finding less than $8 and a few replacement buttons.