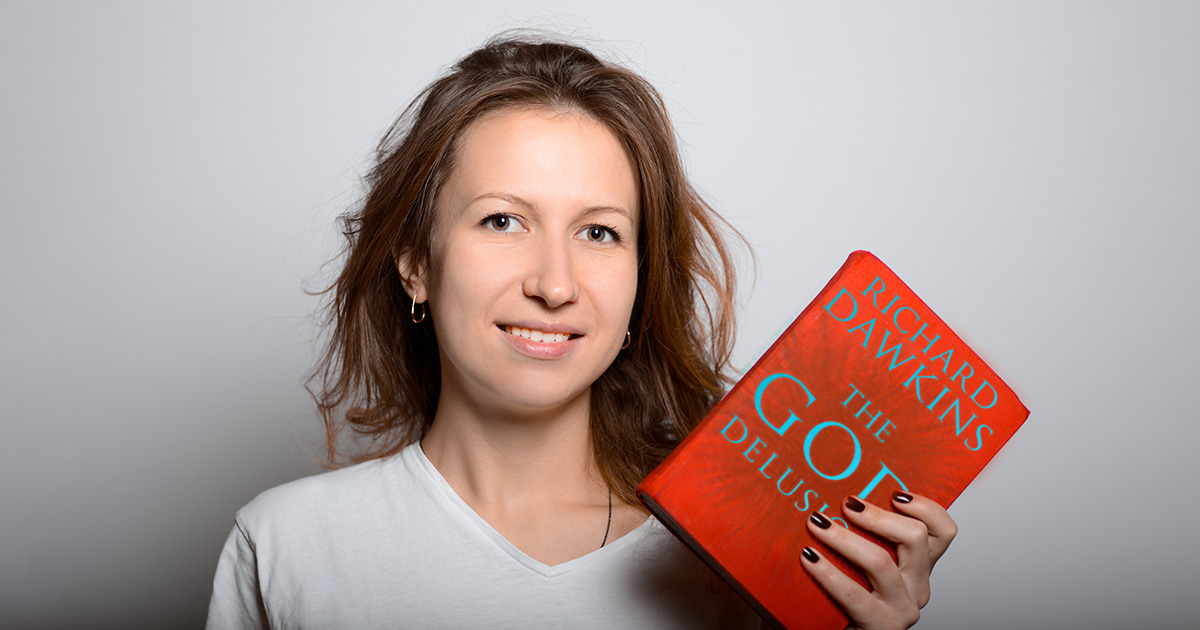 “Tami hasn’t worked since the Amazon union strike. I keep telling her to find a new job, but she keeps brushing me off by saying we’ve got to ‘hold on to science and secularism,’” says Clarkson’s wife Regina Thorpe. “I love her, but her saying ‘we’ve got each other’ while she’s just sitting at home watching videos of Richard Dawkins on Bill Maher and I’m working double shifts at Applebee’s is infuriating.”

While things at home are looking dire, Clarkson remains unquestionably faithful and devoted to the wisdom of the infamous Oxford Professor.

“I admit it’s a tough time in this country, especially if you belong to a group of independent thinkers like us. I also believe we’re the most discriminated group in America when it comes to job hunting. I put ‘proud atheist’ on my resume, and have never heard back from any company,” says Clarkson, who is also known as the “Doubting Tami” on the local pagan Facebook group. “I could kneel down and pray to a nonexistent being, hoping things get better like a brainwashed sheep, but Professor Dawkins once said we’re living in a time when humanity is pushing against the limits of understanding, so it won’t be long until technology helps me automatically take care of my family.”

“It started around 15 years ago when ‘The God Delusion’ was first published and Jon Bon Jovi couldn’t sing the chorus of ‘Livin’ on A Prayer’ for shit anymore,” said Drummond. “This particular demographic started questioning God when Jon started to lose his ‘80s voice. It got worse when Sambora left, and went full-blown ‘there is no God’ when the band released ‘This House Is Not For Sale.’ Utterly tragic.”

As of press time, Clarkson was writing a long Reddit post in “r/atheism” explaining how credit card bills are biblical propaganda and urging fellow nonbelievers to “stand their ground” by not paying their debt.