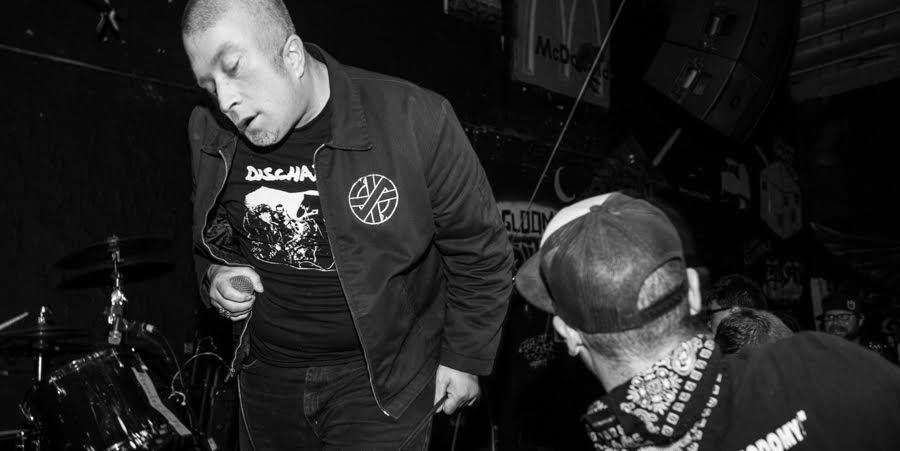 PHILADELPHIA — A long-winded and confusing rant last night about gender identity by legendary hardcore frontman Bobbie Bryant was likely meant to be positive, despite missing the mark every single time, according to confused witnesses.

“When I first heard Bryant’s old band Straw Grasper was playing shows again, I knew I needed to see them… but they were definitely trying too hard to be ‘woke’ or something. It ended up being pretty problematic,” said longtime fan Riley Hunt. “Bobbie went on this rant about how caring which bathrooms ‘he/she wants to take a dump in’ is what’s actually ‘wicked gay.’ I mean, I feel like he’s trying to get it, but at the same time, is pretty awful. Just, as a person.”

Witnesses admitted they were put off by multiple tirades between songs — all of which kept going back to the same subject.

“He didn’t bring up trans people just once. It was, like, six or seven times in the course of a 25-minute set,” said bartender Howard Cruz. “He seemed really intent on explaining that trans people aren’t trying to trick us into having sex with them… which, yeah. We all know that. A couple of people booed and left after that, and the rest mostly just started filming the whole thing on their phones.”

After the set, an impassioned Bryant was quick to defend his diatribes.

“If you read any of the Straw Grasper lyrics I wrote since the ’80s, you’ll see we’re, like, the least homophobic band of all time. I mean, I own two Limp Wrist EPs, so that should tell you something,” said Bryant. “But I just wanted everyone out there to, like, know that whether you are — a he, a she, or some sort of hermaphrodite or something — it’s cool, because hardcore music gets that. Our scene is super accepting of everyone.”

At press time, no members of the LGBTQ community were available for comment due to a complete lack of interest in attending an event called “Beatdown Fest.”

Article by The Hard Times Staff @REALpunknews. Photo by @SimplySenny.