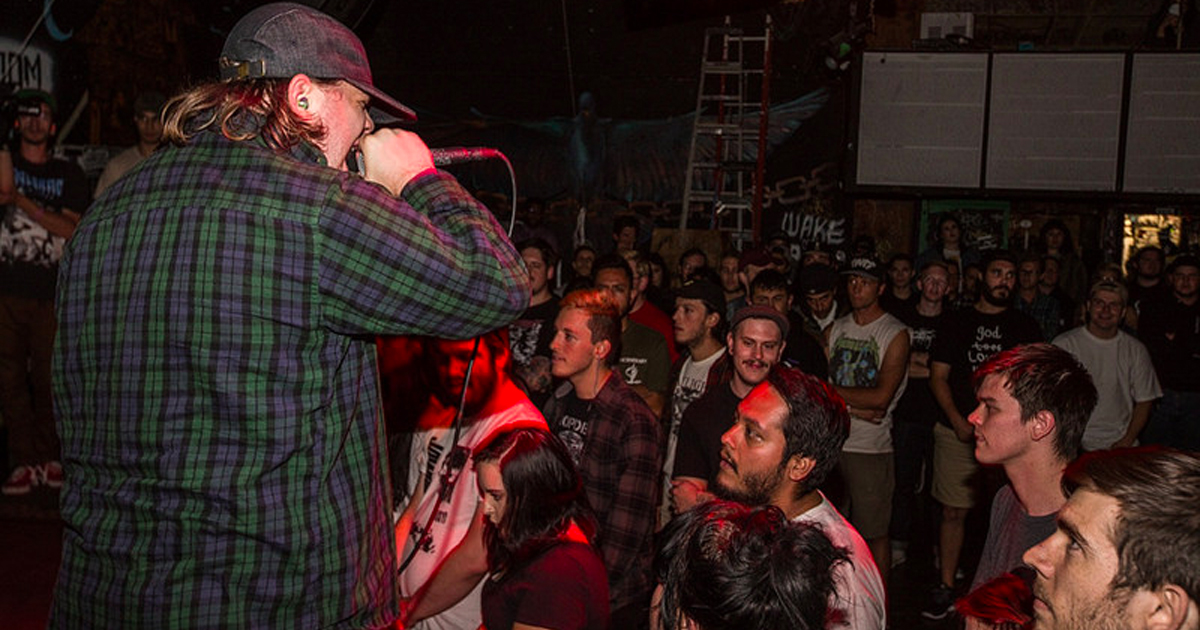 SEATTLE — Fans at a local music venue were outraged last night when headlining act Sociecide interrupted one of their signature political tirades to play songs with their instruments, according to posts on social media.

David Snyder, a diehard fan of the group, was one of the first to leave in disgust.

“It was complete bullshit. That’s not what I got my friend to put me on the guest list to see,” Snyder said. “He [Frank Dogbe, singer] had just finished his opening eight-minute rant about the American silverware industry, but instead of going straight into his thoughts on the conspiracy of board games, the band just started playing songs. What the hell is that? If I wanted to hear music, I’d stream it on Youtube.”

Other fans were similarly outraged.

“I came here so that someone holding a guitar — not playing it — could tell me literally everything that is on their mind through a microphone. That’s why I go to shows,” said Samantha Douglas, who left after the fourth actual song. “Their first record was 47 straight minutes of political ranting that would put the shit on C-SPAN to shame. So intense. That’s the Sociecide I know and support… nobody came here to hear some bullshit music.”

“People who truly support our band know there is a whole lot of music that inspired our rants over the years. Over the course of our 30-minute set, we decided to dedicate six minutes of that to some of our songs. Sociecide will continue to bring people the epic political rants they have come to know, but we’ve reached a point in our existence where we feel it’s time to let people experience the music that inspired those rants.”

The post went on to explain, amongst other things, how kayaking is just as bad for the environment as aerosol spray. It’s unclear what effect this new direction will have on future show attendance or illegal download numbers. Only time will tell.