No One of Any Gender Identity Wants to Use Venue Bathroom 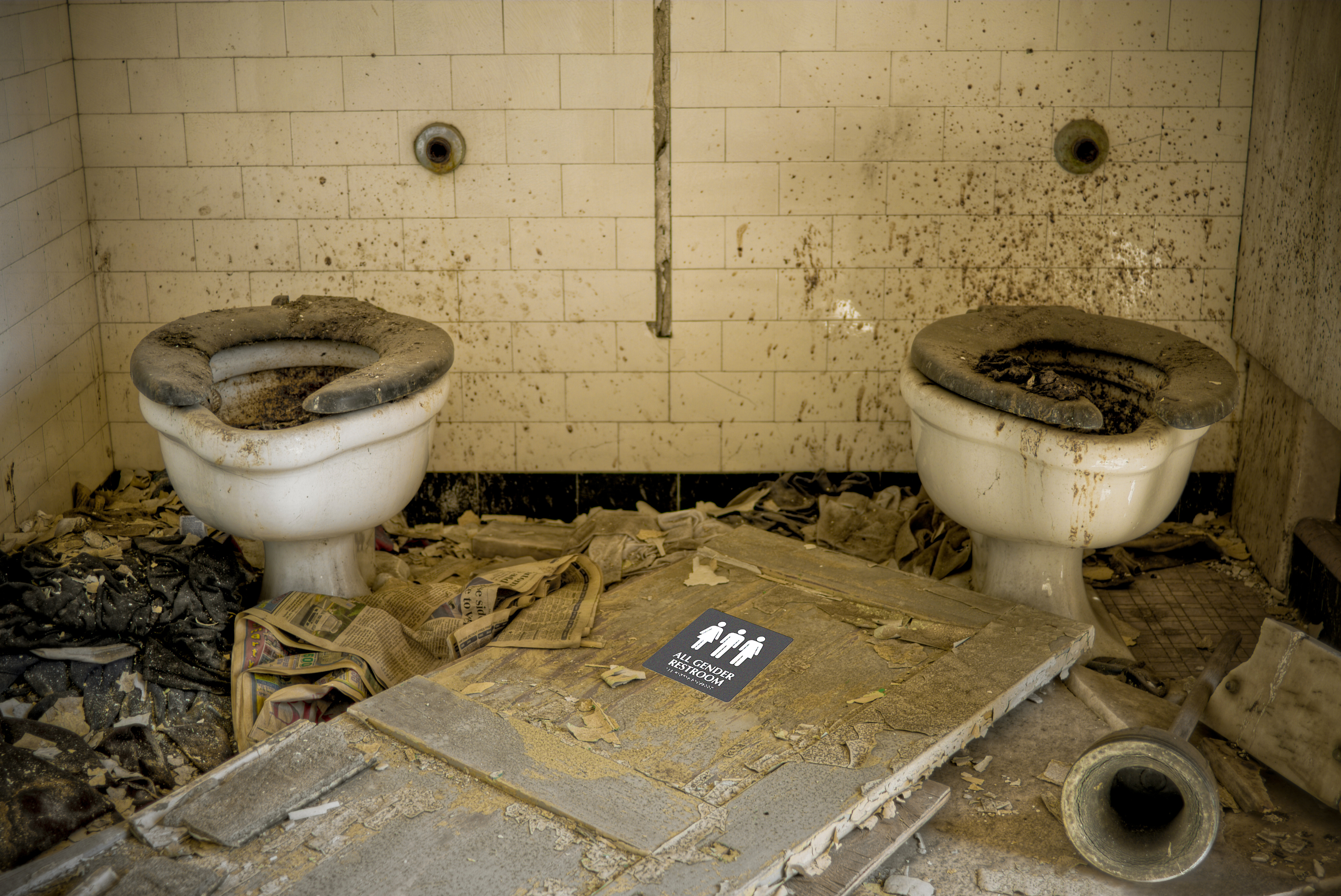 HARRISON, N.J. – Despite the venue’s strict policy of inclusion and tolerance regarding gender identity, no person of any kind at Tuesday night’s League Leader album release show wanted to use the bathroom facilities at The Ashtray, according to several reports.

Cis, trans, and gender-neutral patrons of The Ashtray all endured discomfort after avoiding urination or bowel movements in the lone venue bathroom, which is rumored to have not been cleaned since The Ashtray opened in 1997.

“I couldn’t wait anymore, so I took a leak behind the dumpster of the Rite Aid across the street,” said 23-year-old Matt Maloney, who attended to see his roommate’s band, The Maker’s Markers. “The Ashtray has a no re-entry policy. But that bathroom is so vile I was willing to pay twice rather than use it.”

Show goers, no matter their views of gender constructs, said the bathroom, located behind the bar and down half of a flight of stairs, was akin to facilities in a “refugee camp located in a war torn country with extreme humidity.”

“I almost went in the bathroom once after I had some bad vegan donuts,” said Stephanie Hornby, the bass player in an unnamed band that frequently plays at The Ashtray. “But, I swear, just touching the door left me with weird bruising on my back and shins. I always make sure we have a waste bucket in our van just in case of emergencies.”

Tracy Dee Evans, a transgender woman and president of a leading Rutgers-Newark LGBT activist group, said that while she and the fellow members of her organization supported gender-neutral bathroom access for all, none had any plans on even washing their hands in The Ashtray’s bathroom.

“We were thinking of taking a bus trip to North Carolina to lead a direct activist campaign against their state’s discriminatory policies,” Evans said. “But I think we might just protest The Ashtray instead. They should really get at least one roll of toilet paper in there… maybe a toilet that doesn’t spill sewage onto the floor, and a mirror without a bullet hole. Change starts at home.”