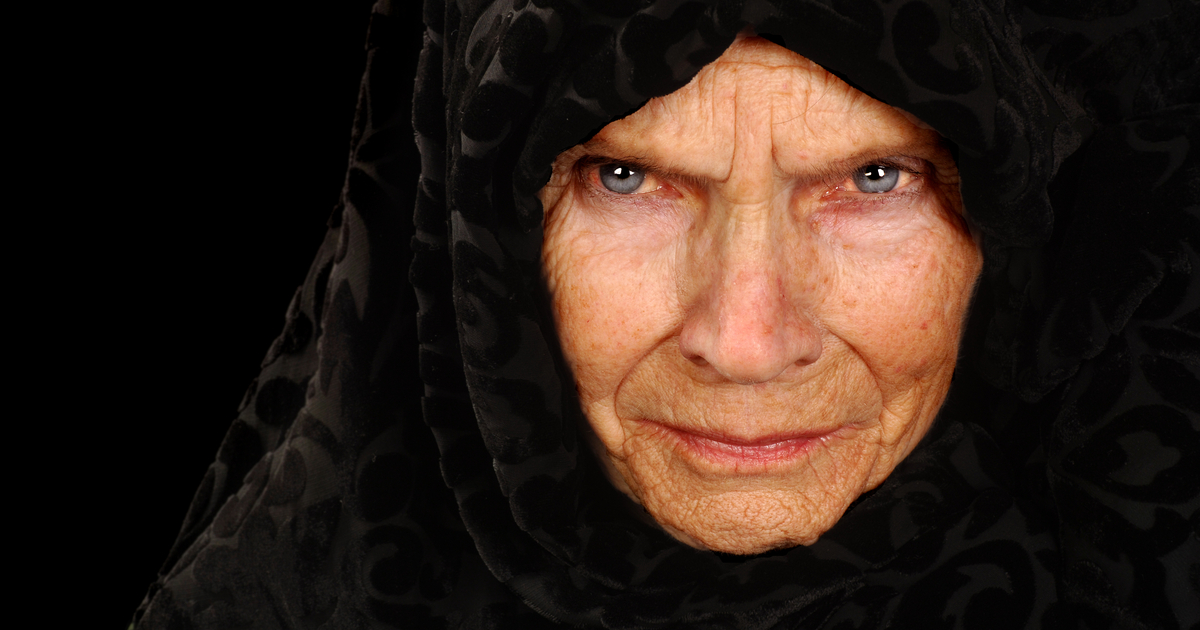 We’ve all been there. One minute you’re on your ’05 Yamaha Banshee, kicking up mud and slicing through air on the outskirts of town, and the next minute that withered old witch you’ve been repeatedly warned about emerges from the woods all pissed off because you trashed everything she owns.

All of a sudden she starts waving her hands at you in some random geometric pattern, yelling about how you’re going to be more conservative when you’re older plus some other mumbo-jumbo I can only assume are also curses. Let’s break down her bullshit:

1. “You’ll Get More Conservative When You’re Older”
Man, I’ve been hearing this noise from guidance counselors, stepdads, and managers for YEARS. And look, I’m starting to get it. My paycheck seems to be getting smaller, and I’m starting to feel differently about where my tax dollars are going. At this rate, it’s gonna be at least a few more paychecks before I can finally buy that Secretlab Titan gaming chair.

2. “Your Body Won’t Bounce Back Like It Used To”
Okay, now this is getting a little spooky. Just last week I was telling Cody and Doug how I can rage all night and step into my 6am shift, but yesterday I had half a can of Miller Lite and woke up with a hangover so gnarly I had to call in sick, which is really going to piss off Cody and Doug since they’ll have to cover my station at the paper mill.

3. “All You Love Shall Taste Like Ash”
I was hoping I misheard this one because she was saying a bunch of mystical gibberish. Just the other day I was trying to knock out my hangover so I could get back to goosin’ it on the trails, but then I remembered her saying something about stuff tasting like ass or ash, and sure enough, the Baconator I had just grabbed from Wendy’s tasted like a Guatemalan crematorium.

4. “Thinner…”
After all those Baconators, this one is actually not so bad! I can fit into my jeans from high school and I’m starting to appreciate the OAN network because they make the chumps on Fox News look like a bunch of crybabies.

5. “Thy Flesh Shall Rot From Within And You Shall Know Only Loss”
Now I’m starting to think that our doughnut contest on that hag’s campsite was a bad idea. And maybe I shouldn’t have spray-painted a bunch of dicks on that perimeter of ancient runes, because I haven’t heard from Cody and Doug in days, my ATV won’t turn over, and money turns into something like swamp trash every time it’s in my hands. On top of all that, my teeth are falling out and my fingernails are peeling off. Shit sucks.