We Sat Down With Body Modification Legend Jesus Christ 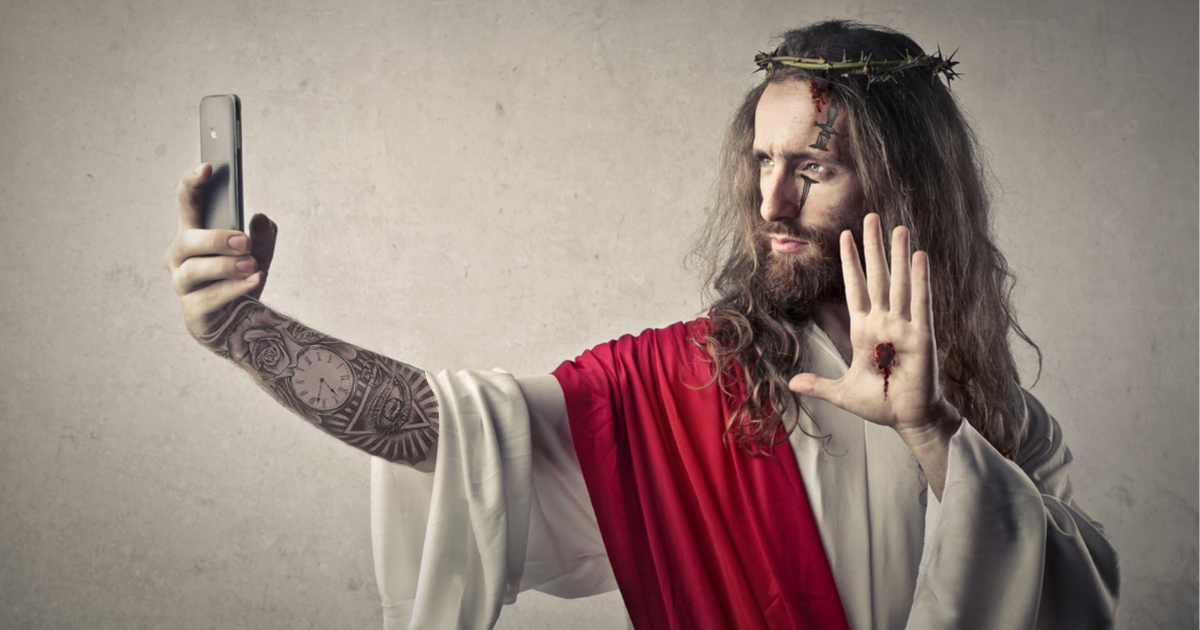 Body mods have come a long way. Once a social oddity, it is now common to see piercings and tattoos on people in many walks of life. While we in the punk rock world are accustomed to these sights, it took many sacrifices by the people with their toes in the mainstream.

The chef community’s bold attempts at arm and hand tattoos blazed the trail that led to body modification’s mainstream acceptance, but who lit the spark? Look no further than a humble Middle Eastern carpenter by the name of Jesus Christ.

We sat down with the OG piercer to discuss standing up to power and going all the way for what you believe in.

Hard Times: Wow, it’s great to sit down with a counter culture icon like you Jesus.
Jesus: Actually…I’m going by Hesh now. I’m trying to distance myself from my early work.

Cool…. Hesh. You are one of the most famous pierced celebrities. How did that come about?
Jerusalem was dead, I was living in loft housing in a newly gentrified Leper colony and taking odd carpentry gigs. Kind of aimless. Then on a whim I got an eyebrow ring. And a whole world opened up to me. Now it’s the only way I can feel.

I read an account of your most famous piercings. It sounded like it may have been pretty extreme.
Extreme is the only way I know how to do things, brother. If you’re ever in Rome, check out a shop called Puncture Pilates out by the chariot races. I’m not sure they’re still open actually, but they did right by me. Solid dudes.

Can you speak on the significance of the work you had done that day? There’s actually a lot of debate about that.
Sure, I’ll set the record straight. These here on my wrists and feet, I got because I thought it would be cool to be suspended on a wall, like a living work of art you know?

And the hole through your abdomen?
I got that done with a 0000-gauge spear, as a tribute to my dog Lucky. He had passed away that year and he loved sticks, so it made sense.

What about the crown of thorns?
I got that mod as a statement about authority.

What statement is that?
Uhm, shit. Well, it’s like wearing a crown is sort of like, everyone wants it, but really it’s a headache you know? Ha, I don’t know man, it was a long time ago. I never really think my shit out that much, I just live in the moment you know?

Well it was certainly a legendary session. In fact, some of your friends reportedly thought that you had died from it, is that true?
Oh yeah, well I just passed out from the sheer ecstasy of body modification, you know? It was a truly transcendental experience. I mean, I saw God, dude. I fucking saw God.

There are those who claim that you are God.
That’s what you find out when you take ownership of your own soul meat, brother. We are, each of us, our own God. It’s a fucking trip dawg.

Okay wow, there is a lot of confusion about your message. Don’t you feel obliged to correct the people doing horrible things in your name?
That’s their trip man, it’s their journey. I can’t get weighed down with the bullshit. I had that epiphany when I got my first Prince Albert.

First?!
I have 3. I also have my septum and bottom lip pierced, and my ears are stretched to 22mm. I have around a 100 hours of tattoo work. My body is a canvas.

Uhm…ok. What can you tell the current crop of people looking to be modified?
Be true to yourself. Don’t let the man take you down. And don’t listen to your fucking Dad. Take it from me, those guys are full of shit.