We Rank These Mountain Dews on How Goth They Are, and It Is Not Easy 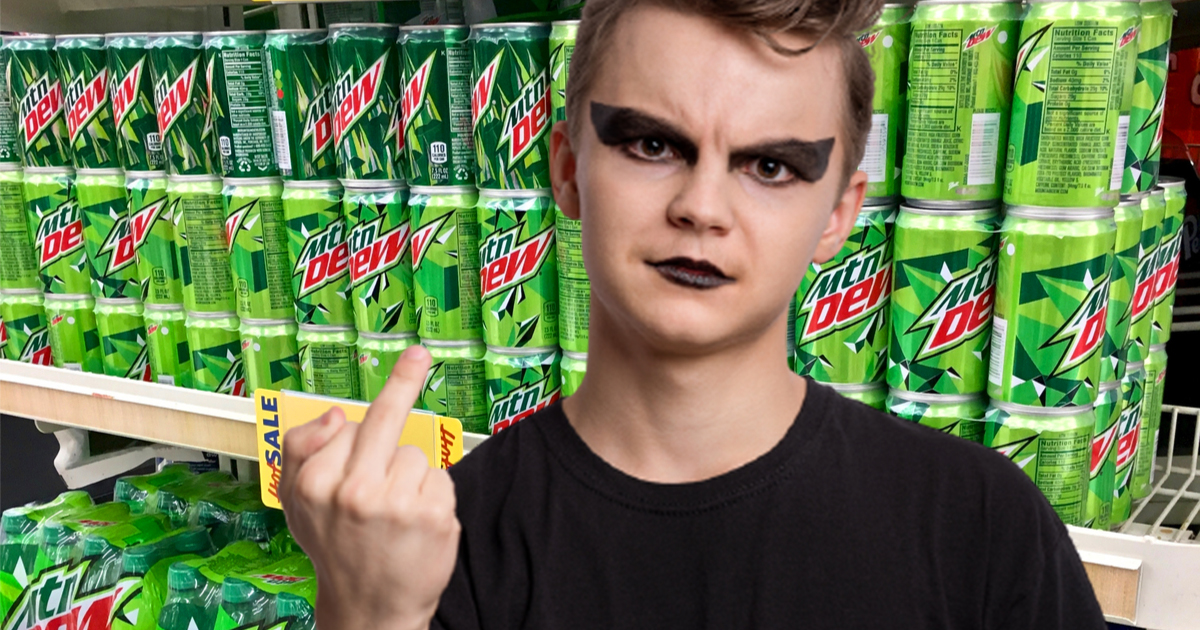 For years, Mountain Dew has reigned as the favored effervescent beverage for gamers, skaters and bros alike. But thanks to a recent editorial mandate about expanding The Hard Times readership and some bullshit called “cross-platforming,” it’s now up to us to figure out how to make Mountain Dew seem Goth. So best we can do is rank, we guess?

Man, this assignment is total bullshit.

Original Mountain Dew: Medium Goth. We’re going to say it’s a medium level of Goth, because who’s to say it’s not? Besides, “Medium Goth” is probably pretty good for SEO, with Halloween around the corner. We’re calling this one good and moving on, because otherwise we’re going to be here all day.

Caffeine Free Mountain Dew: Very Low Goth. Goths like caffeine, right? Seems like staying up all night would require caffeine. Goths are definitely creatures of the night, so we’re going to call this one low on the list.

God, this is fucking awful. Is this even readable? Is it funny? Doesn’t it seem like we’re prioritizing clicks over actual quality content?

Mountain Dew Cake-Smash: Zero goth. Maybe if it was like, blood cake or something. Goths probably eat cake if there’s blood in it. This is not what we went to journalism school for.

Mountain Dew DEW-S-A: There’s nothing Goth about patriotism. Next.

Baja Blast: Medium Goth. I know this isn’t logical, but we used to know this Goth dude who fucking chowed down on Taco Bell like every day. So we can probably assume it’s pretty Goth. Okay, home stretch!

Mountain Dew Riddlers Brew: Very Goth. Okay, this one isn’t out yet, but work with us here. It seems to be promotionally tied to Matt Reeves’ “The Batman” movie, and Batman is pretty goth. Oh, right and Robert Pattinson is playing Batman in it, and he also played a vampire for a long time. That’s especially Goth.

Mountain Dew Pitch Black: Exceptionally Goth. We left this one for last because it’s pretty self-evidently the most Goth a Dew can be, which still isn’t that much. But this has been very trying and we just want to end on an easy note.

Oh shit I forgot Mountain Dew Code Red. That’s kinda goth, right? Like blood? Cherry blood? This was a rough one. Fucking SEO, how do we even make money from this? Can someone explain it to me? Whatever, this is done. ALL COPS ARE BASTARDS! Okay, bye.