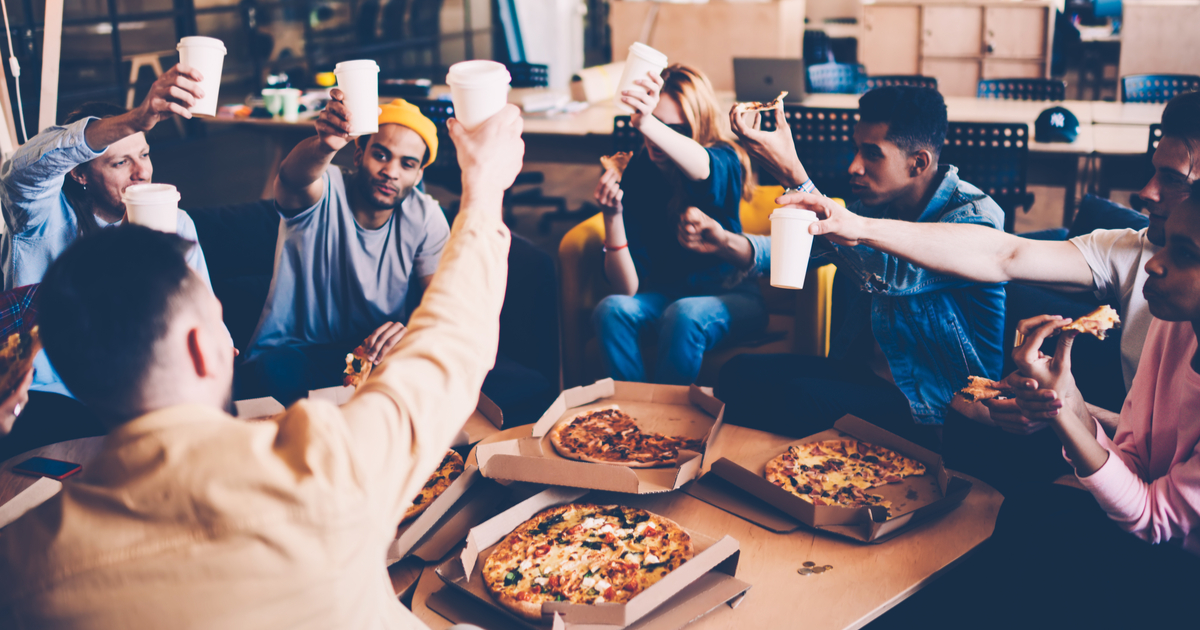 With The Hard Times recently celebrating its four-year anniversary, Hard Style’s Tom Peters explores one of the most pivotal moments in the publication’s history, talking to the writers who were there, and others who were there a little too late.

A common misconception among readers is that working at The Hard Times is one big party. Sure, every writer gets their own vintage turntable and all memos are sent via VR headset despite all the writers sharing one office, but that doesn’t mean every day is a picnic.

Picnic day is every third Thursday.

For The Hard Times staff, a handful of events have shaped our careers. Today, we experienced one of those events when pizza was ordered to our break room. Many can trace the cultural shift of the past few hours to this single moment. I personally saw too many of my peers come and go, lifting the lid on an empty box only to have their hopes dashed as I finished my third slice. But whether or not we were lucky enough to get any of the pizza, there’s one thing that unites us: We all wanted it.

This is our story as told by the writers who lived it.

Krissy Howard: I don’t know, it was just like, there was a bunch of pizza one minute, and then it was just gone. Pizza can be so unpredictable like that.

Ian Fishman: Shit. There was pizza?

Zach Higgins: I grew up in a house with four other siblings, so this incident brought up a lot of emotions I can use for my poetry.

Luke Woodward: They gave us pizza but told us they were cutting benefits, overall a net gain in my book.

Patrick Coyne: Some might even say that the real “pizza” is the friendships we’ve made along the way. But that’s not true. The real pizza was the pizza.

Dan Rice: I’m from New York mind you, so the pizza was nowhere near up to my standards. I had about 6 slices and can honestly say I did not enjoy a single one.

Mark Roebuck: Does anyone have my change for the pizza?

Lauren Lavín: What nobody here knows is that this was my first time eating pizza. It was okay, I guess? Nothing to brag to my sister wives about, though.

Jim Stencil: As a meat eater, I was really excited to hear that there was one vegetarian pizza I could eat most of.

Cory Cousins: Honestly, I’d settle for the puddle of grease left behind.

Bobby D. Lux: Think of a pizza like it’s the budget, okay? Like the government budget, right? You go to get your slice, and, you know, you’re gonna get the thinnest one, because you’re not a dick and you’re not all that hungry. So, you go up there and it’s all gone and you’re like ‘what the fuck, where’s all the pizza?’ And it’s like, oh yeah, the rich people got it all. Does that make sense?

Tyler Lebens: I’m keto so I actually brought my own pizza. It’s a slab of salmon with avocado mush and hazelnuts. Wanna try some?

Mirinda Moriarty: I would have had some if somebody remembered there was a vegan that worked here. Fuck you guys, I’m starving.

Gordon Schmidt: I still have some left over napkins in my car.

Editor’s Note from Eric Navarro: Apparently this is how I find out we had pizza. Thanks guys.