Opinion: Metallica’s New Stuff Is Underrated. Also, This Is a Robbery 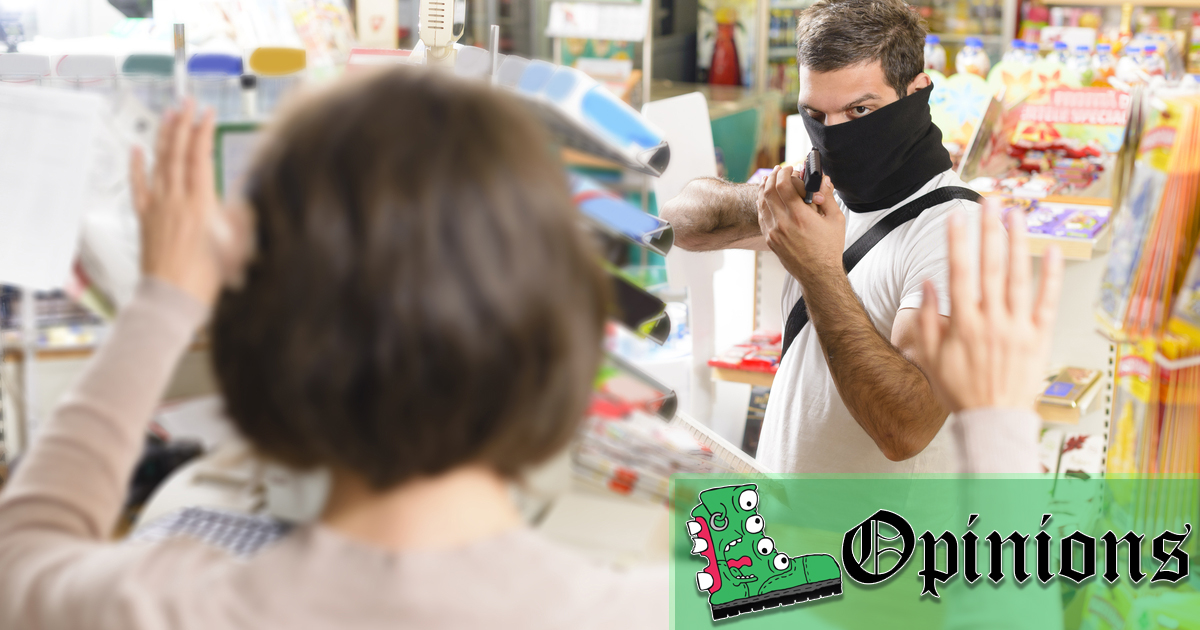 Having an appreciation for Metallica’s later work is like robbing a convenience store; most people look down on it, but the few that don’t find it very fulfilling. It’s a shame too, because I really do believe that like a fine chardonnay, Metallica’s discography only gets better with time. If you’ll listen, I’d love to explain to you why albums like “Death Magnetic” and “St. Anger” don’t deserve the hate they often get.

You really don’t have much of a choice though, because this is a fucking robbery.

Alright, motherfucker, start loading the cash into this bag. Oh man, “Load.” Now there’s a record. A real masterpiece. Kurt’s blistering solo on “2 X 4” is leagues better than anything off of “Ride the Lightning” or “Master of Puppets.” It’s also cool how the wall behind you is going to look like “Load’s” album cover if you don’t hurry the fuck up.

I’m just going to say it; “Lulu” is Metallica’s best album. If you weren’t at gunpoint right now you’d probably be rolling your eyes, but hear me out. It’s not the sack of auditory smegma that people say it is. The lyrical artistry of Lou Reed combined with sonic perfection of early 00’s Metallica is as perfect a combination as peanut butter and jelly, bacon and eggs or your arms and those Nylon ties.

I think I hear cop sirens, so it’s time to wrap this up. Good thing my buddy out back has me covered with the getaway car. Speaking of covers, if you’ve got two hours to kill and want to hear Metallica cover a bunch of shitty, non-Metallica, bands then I’ve got two words for you; “Garage, Inc.”