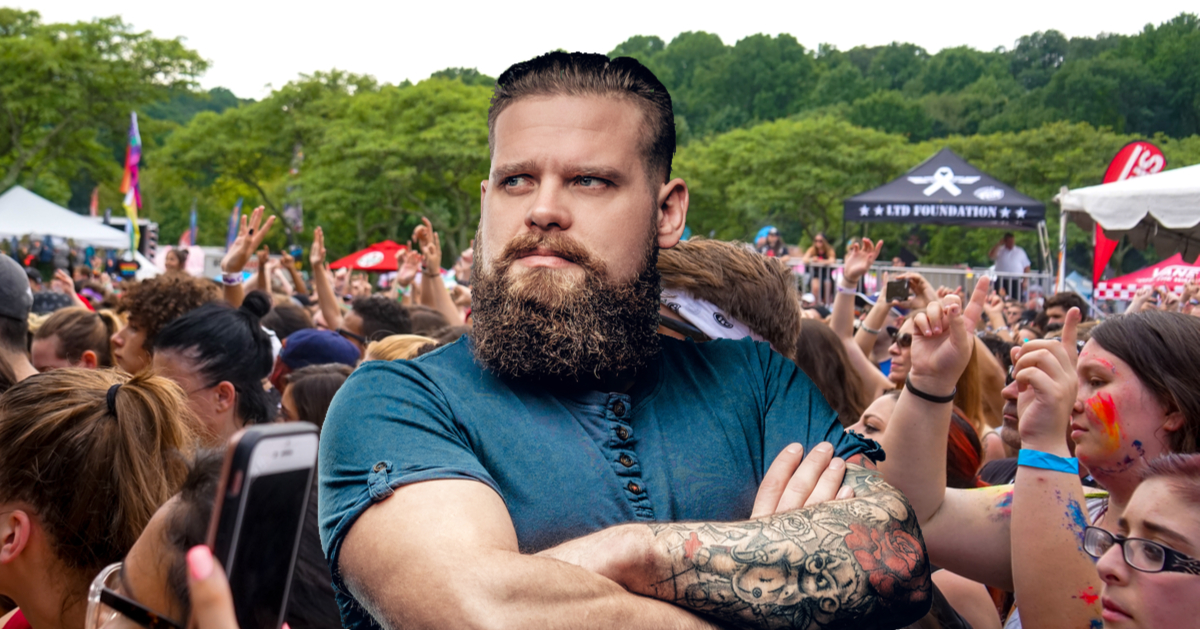 What the fuck? How did I not get one double-take when I walked in here? What the hell happened to this scene? Okay, sure, maybe I haven’t been to a show in a decade, but who are all these young dorks and why don’t they know who I am?!

I get that I moved away 10 years ago and only come back to see the family once every few Christmases, but when I don my most faded In These Walls shirt (the band that basically started this scene), you show some respect. Or at least feign acknowledgment. Even if you have no clue who I am, you’re clearly looking at an older scene dude. Why else would I be here wearing outdated clothes?

It’s sad that this generation doesn’t care about its forefathers. Just ask any 32- to 40-year-old who used to be in this scene, and there’s a decent chance they might know who I am. Sometimes I think I’m the only one who cares about my adolescence.

And don’t even get me started about the time I ran from the cops because I incorrectly believed they were after me due to my dangerous reputation in the scene. Or when I submitted Christian rock lyrics to Father O’Malley to get him to let us throw a show in the church basement.

If there was a history book on this scene, I’d be all over it. Mostly during the chapters on 2002-2004. Also, if there was a book then I wouldn’t have to explain who I am to you newbies. I’d simply go to my car and get the book and read it to you.

I feel like Gutzon Borglom. Don’t know who he is either? Color me surprised. He’s the guy who carved Mount Rushmore. I guess I’m in pretty good company if you don’t know about unsung heroes like Gutzon and myself.

Here’s what’s bullshit, though. If me and my band had gotten famous you’d all be like, “Whoa, that’s the guy from ‘Vanilla Sex'” and “I heard he made out with Angela Zakowski in the ALDI parking lot.” I totally did, by the way. And she ended up marrying an NHL player. I’m not gonna tell you who he is though, because if you recognize him my self-esteem will suffer a blow that I may not come back from.