Heartwarming: When This Goth Kid Was Getting Picked On, Anne Rice Came to His School To Remind His Bullies That Vampire Lore Is Steeped in Eroticism 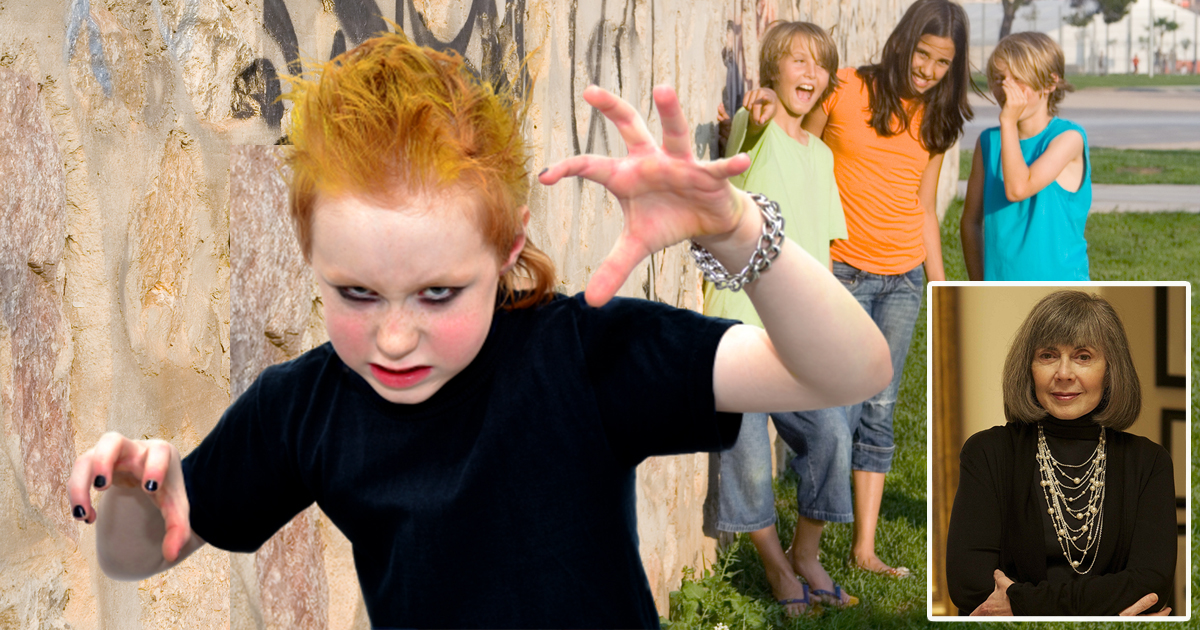 Any celebrity can tweet against bullying in our school, but it takes a real class act to actually stand up and do something about it.

Eighth grader and self-described “goth kid” Xavier Byrne was having a hard time fitting in at his new school. It wasn’t long before his outsider status made him the target of bullies, an all too common occurrence. When famed horror writer Anne Rice heard about Xavier’s troubles, she didn’t take to social media, she took to action. She marched right to Xavier’s middle school in person to tell everyone giving him a hard time that vampires are very, very sexy.

Yaaaas Queen of the damned! If only more people took a cue from Anne and reminded bullies that the trope of a vampire’s hypnotic gaze is allegory for seduction and extramarital temptation, and therefore actually pretty cool.

All bullies are cowards deep down, and nothing says “your locker shoving days are over, Jack” better than Anne Rice walking right up to you and saying “When we trace the myth down to its origins, what the vampyre ultimately represents is sexuality, it’s power, and our fear of it. The bite of the ‘unholy’ and the exchange of bodily fluid it precipitates are meant to evoke sexual activity in our subconscious, specifically sexual acts not accepted by traditional christian-based social structures.”

You can bet no one is making fun of Xavier’s eye shadow now that Anne Rice has gone out of her way to clarify to all of his classmates that the darkened eyes and fair skin of the traditional vampire was meant to embody the sexual ideals of Edwardian aristocrats!

After paying Xavier’s school a visit, Rice did get on twitter, but only to announce that this is just the beginning of her crusade against intolerance:

“To every young person out there who thinks it’s okay to pick on someone because they’re different, I want you to know this: While Louis and Lestat were incapable of actually performing intercourse, the homoerotic fabric of their relationship was meant to imply a physical attraction to one another.”