Aww: When This 87-Year-Old Man Couldn’t Afford Insulin, His Community Banded Together to Rent Him a Bouncy House and Then Bounced in It While He Kind of Just Watched 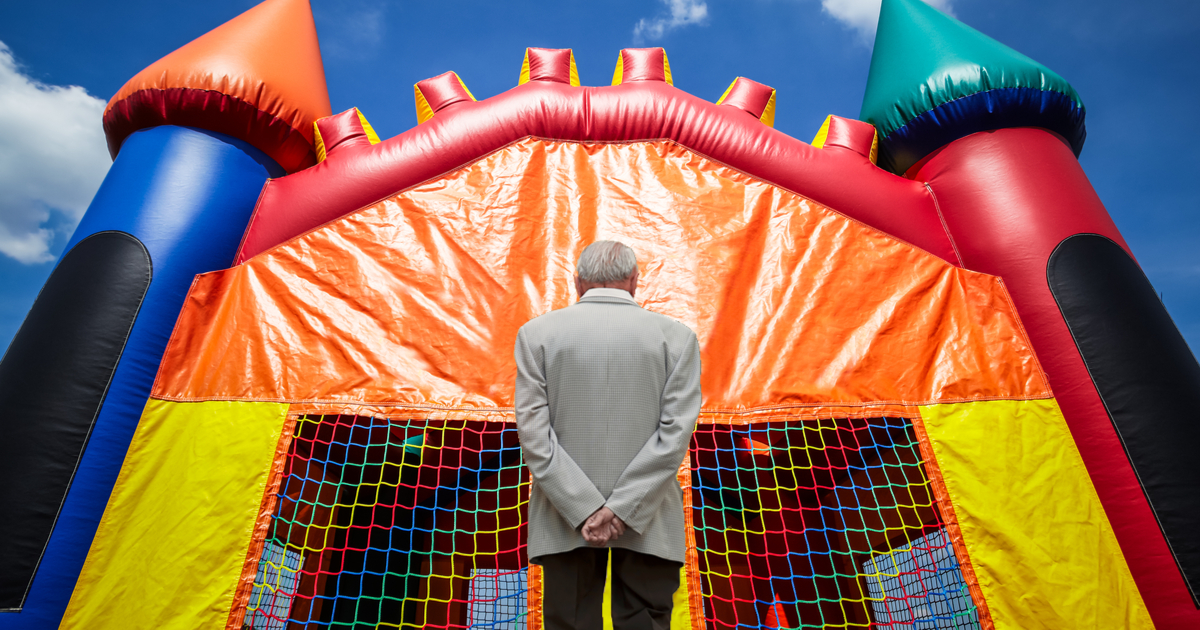 Prepare to have your faith in humanity restored! When neighbors found out that 87-year-old Sacramento resident Robert Manzana needed help to pay for his insulin, they came together to help him the only way they knew how: by renting a big-ass bouncy house and inviting the whole community to come jump in it while he sat in a plastic chair and just kind of took in the ambiance.

From the Montgomery Bus Boycott to the Arab Spring, it’s incredible what a group of people can do for each other when they see injustice that cannot stand. This sick-ass bouncy house was no exception. Not only was it shaped like a pirate ship, but it also had a little slide on it. Parents and kids alike were making “walk the plank” jokes all day. So sweet! That alone had to be enough to regulate Robert’s blood sugar.

“When we heard Richard was rationing his insulin to make it last longer, we knew we had to do something,” said neighbor Jennifer Wong. “So we sprang for the pirate ship bounce house. Sure, it’s more expensive than the bouncy castle. But with the state of healthcare in this country, we wanted to make sure Ronald received premium coverage, if only for a day.”

Organizers of the event placed Robert’s chair near the entrance to the bouncy house where everybody leaves their shoes, so attendees could offer him a low bow or a salute before entering the funhouse. Robert must have felt so loved as he sat there listening to his neighbors do somersaults while he sat outside rubbing Bengay on his arthritic knees.

As if this wasn’t enough to cure Robert’s diabetes, when pharmaceutical giant Mfalco heard about Robert’s predicament, they launched the “Robert Manzana Assistance Program,” in which Mfalco pledges to pay 10% of funeral costs for any qualifying customer’s death resulting from an inability to afford Mfalco-brand medication. Turns out, when hearts are in the right place, real change is possible.