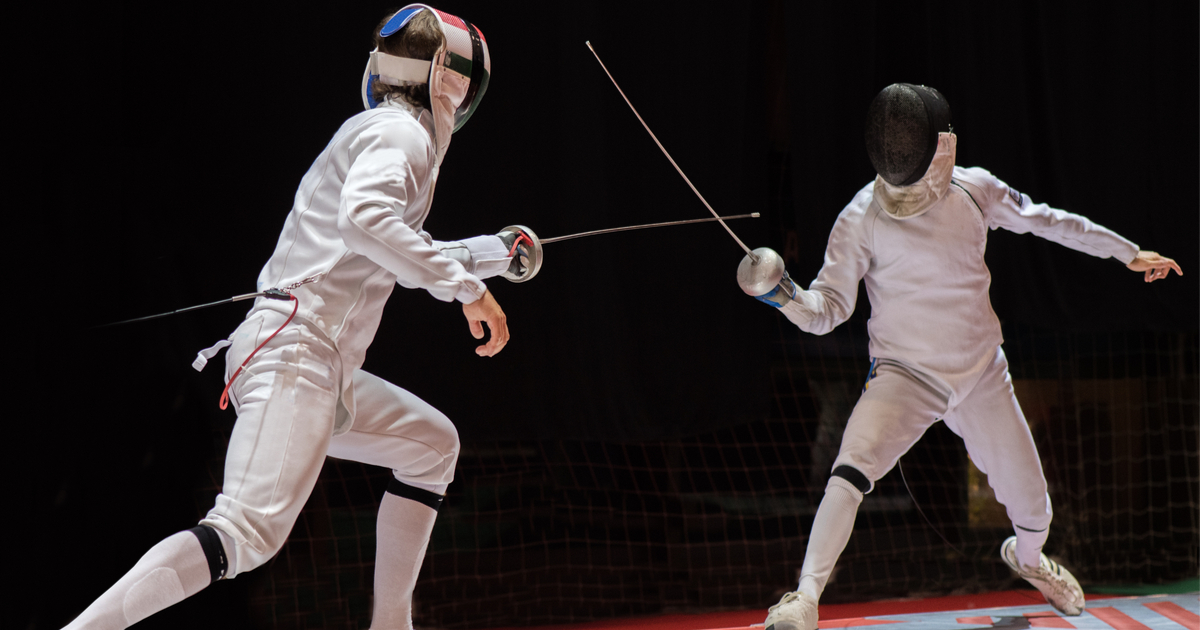 In today’s highly connected and ultra competitive world, parents want to give their children every advantage possible. As anyone who’s ever seen a Tarantino movie can tell you, sword fighting plays a major role in nearly every aspect of modern life. We send our children to high-end fencing academies to give them the sword skills they’ll need to overcome the challenges they’ll face as adults. But have American Fencing Academies lost touch with how bladed combat applies to the real world?

If you sit in on a modern-day youth fencing class (which you can do, and they have to let you in) you will see students engaging in one of three forms of combative choreography: the foil, the épée, and the sabre. While these dueling dances are impressive, they bear little resemblance to the highly stylized, ultra violent katana fights that erupt in the shady warehouses and boardroom meetings of today’s major corporations.

The problem extends beyond competing in the corporate world; it’s an issue of survival. Go ahead and poke your head into a local youth fencing class (you have a legal right to be there, and if they threaten police action, call their bluff). Our children spar on a points system, being awarded anytime their blade makes contact with an opponent’s body. Then, at the end of the match, they shake hands. It’s a nice system, but unfortunately, that isn’t how it goes down in the real world.

In a street situation, blade contact is replaced by full-on stabbing and “points” are replaced by staying alive. Imagine your child running afoul of a highly thematic sword-wielding street gang, or a rōnin who had one drink too many. Push come to shove, they’d be dead before they could say “En garde!”

The problem may stem from an overemphasis on safety. Walk into the locker room of any youth fencing class (it is your right as an American to be there, and if a security guard interferes you can uppercut them with zero legal repercussions). Notice the full-body beekeeper-like outfits everyone is changing into. They’re supposed to be for safety, but see how long it takes to put one of those things on. Why would an attacker allow their mark a full 5 minutes to put on a literal suit of armor? That’s just bad attacking.

The fact of the matter is that our modern schools of fencing are woefully unequipped to prepare our children for the many literal battles they will face. If the government is not willing to intervene, then at the very least they should stop arresting the “trespassers” who are just trying to make a difference.