Opinion: As a Progressive I Am Outraged by Texas, but as a Cowboys Fan, I Think This Is Our Year 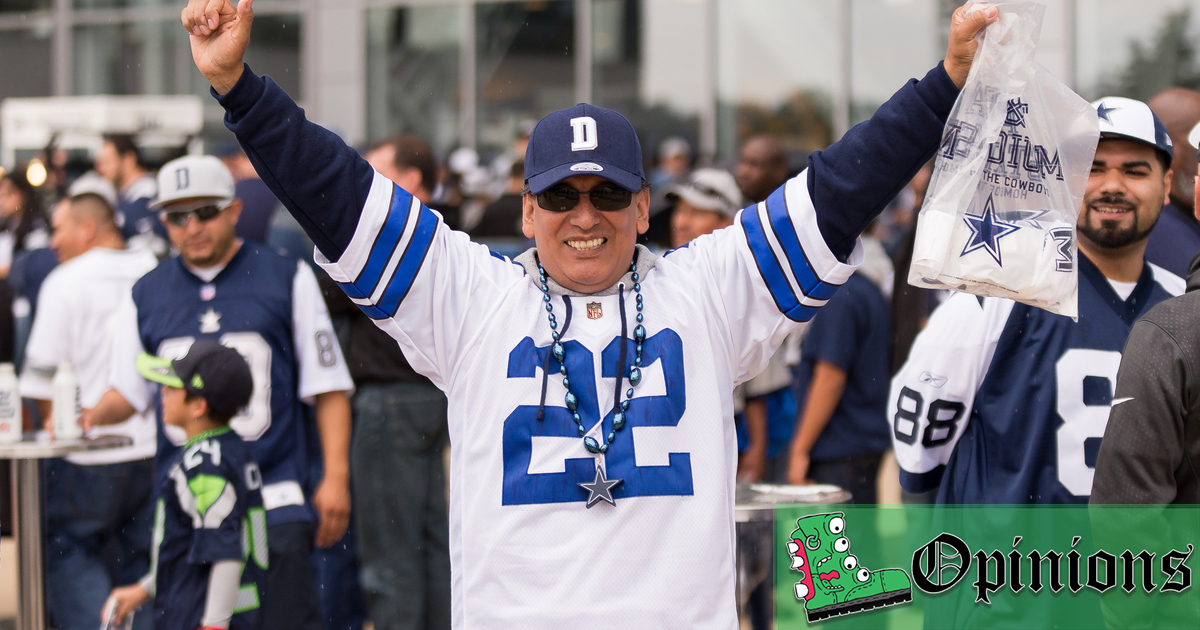 What’s happening in Texas right now is deplorable and horrifying. The far-right extremism that has wormed its way to the top of the state is nothing less than an American version of the Taliban, and every sane American should be doing everything they can to reverse the Lone Star state’s recent laws on abortion, gun control, and voter restriction. That being said, I am a Cowboys fan, and I have to admit I’m pretty excited about this season.

Look, can’t a man put politics aside for a second and be excited? Look at how stacked our offense is! Our running back, QB, and receiving core is tops in the league and our coach has been to the goddamn promised land and won a goddamn Super Bowl! None of that changes the fact that a state government overturning Roe vs Wade is unconstitutional and immoral, but HOW BOUT DEM COWBOYS?! YEE HAAWWW!

Does the fact that Texans are happy that any idiot in their state can open carry a gun without a permit now churn my stomach? Of course it does. But I can’t overlook the fact that the excitement that sort of recklessness generates is going to show up in the stands.

I’m not saying I support the Texans who are excited about these laws in any way. But imagine for a second you were one of these people. You have a fucking gun, right out in the open. You’re at a Cowboy’s game in killer seats, thanks to the $10,000 bounty you received from ratting out your niece for getting an abortion. You’re on top of the world! And you’re exactly the kind of fan I want to stand next to while cheering our boys on to victory. I hate why you’re so excited, but I’m loving the result!

Look, obviously this sort of far-right nonsense cannot stand and I feel as compelled as the next lefty to do something about it. I’m just saying it can wait till the off-season. For now let’s just kick back, crack open a cold one, and watch a state drunk with power rally America’s greatest football team all the way to the big W. Trust me, if I know my fellow Cowboys fans, a post-Super Bowl win celebration is all Texas will need to realize what a mistake they made with that open-carry law.