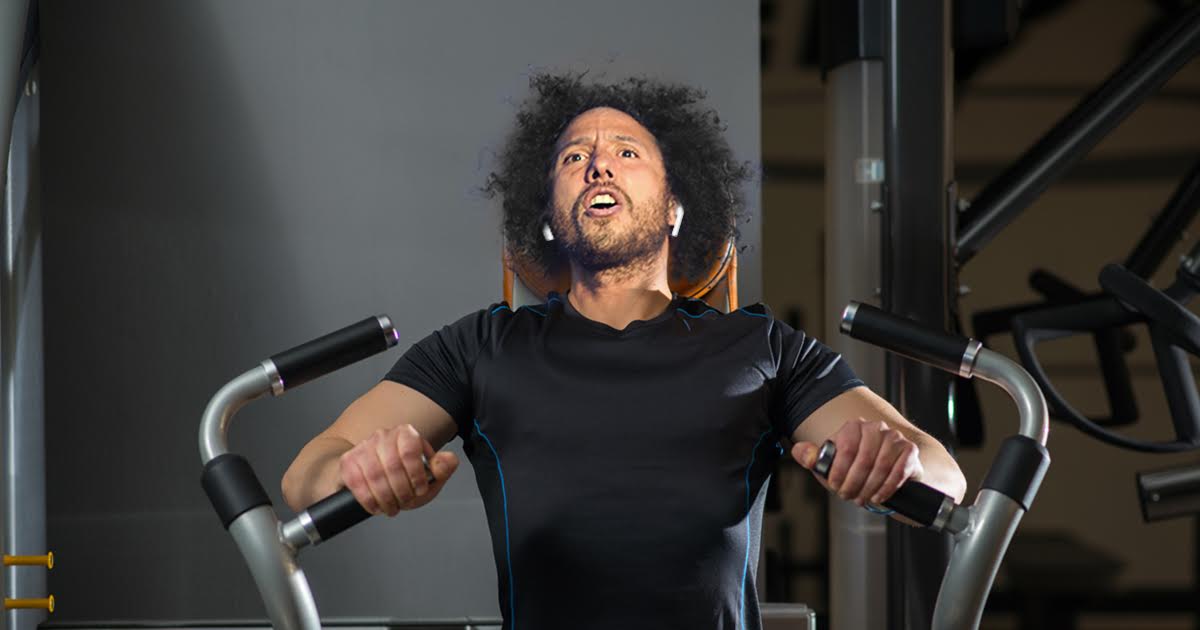 “When I’m blasting Superman punches, nothing helps me get through those last few reps like Ryan’s thoughts on trickle-down economics,” admitted de la Rocha. “Just when I think I’m ready to qu-it it now, he starts in on defunding Planned Parenthood. It really juices my stride.”

“You can’t just jump into an audio PowerPoint presentation about individual mandates,” he said. “You need to start slow with something like a ‘Today’ show appearance, if you want to stoke your session and see some funky-ass gains. When I really need to get over the hump, I’ll find a deep cut of him speaking at an ALEC legislative forum.”

According to gym members, de la Rocha’s workout playlist has even made its way onto the weight room boombox.

“We usually like to listen to something a little more aggressive — like Five Finger Death Punch, or Avenged Sevenfold,” said gym regular Tamara Garonna. “But Zack walks in with his Zubaz and cut-off tank top, and pops in a ‘Meet the Press’ cassette that, I guess, he taped at home. He thinks it pumps everybody else up as much as him.”

While many at Planet Fitness are accustomed to de la Rocha’s listening habits, manager and trainer Alina Wall thinks “politics may already be a thing of the past” in her weight room.

“I don’t think [de la Rocha]’s coming back here,” said Wall. “When I told him I could only give him two towels per visit, he screamed, ‘No more lies!’ and ran out the door.”

At press time, de la Rocha was seen bench-pressing 450 lbs while listening to a clip of Ryan’s explanation of how Republican tax cuts will help the middle class.

Send someone you know a new shirt from The Hard Times: