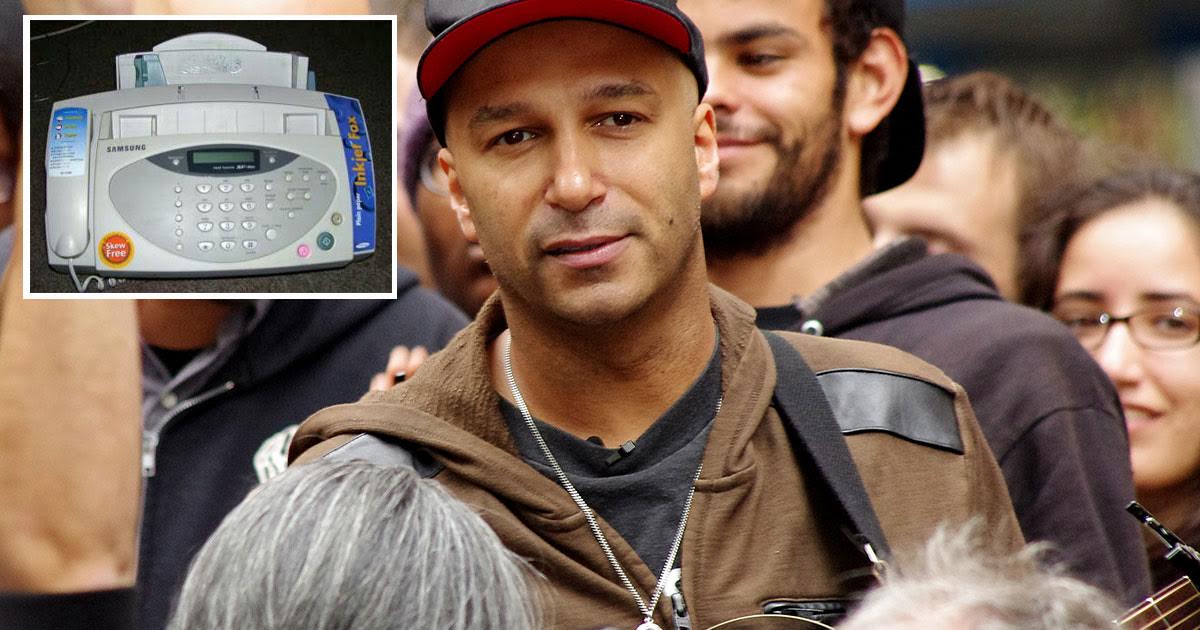 RESEDA, Calif. — Tom Morello, guitarist and founding member of iconic rap/rock band Rage Against the Machine, confirmed once and for all that the titular machine in the band’s name was, in fact, a fax machine, ending years of speculation.

“Before we started Rage we were all working in this shitty office as temps. All we did was data entry all day long,” said the guitarist who is also known as “The Nightwatchman.” “There was this terrible fax machine everyone in the office used to use. It would eat documents, transmit bad copy… you name it. But the company was too cheap to ever get a new one.”

According to Morello, the name was first suggested by Zack de la Rocha, the outspoken singer who experienced particular difficulties with faxing.

“Zack was in bad shape. His old band split up, and I think he needed to get quarterly accounts to Tokyo or something, and everything just got ruined,” said Morello from his Los Angeles home. “Later that night, after we jammed, the four of us were sitting around, tossing out names, and Zack was just like, ‘Tom, my man, I can’t come up with anything good. That fax machine is just so bad — it fills me with so much rage!’ And, well… the rest is history.”

The normally reserved Morello even opened up about some of their most popular songs, revealing that “Guerilla Radio” was a pun about a gorilla-shaped radio that bassist Tim Commerford’s grandmother kept in her garage, and “Down Rodeo” was inspired by a particularly fun rollerblading outing for the band weaving through foot traffic on Rodeo Drive.

Perhaps most surprising, Morello claimed the band’s 1996 hit, “Bulls on Parade,” is actually based on the consecutive NBA championships won by Michael Jordan and the Chicago Bulls.

“Every time they’d win, they’d have another parade, and one day at practice we were watching the news, and Zack was like, ‘Dude, look at those Bulls on parade,’ Morello said. “We all just looked at each other like, ‘Oh my god.’”