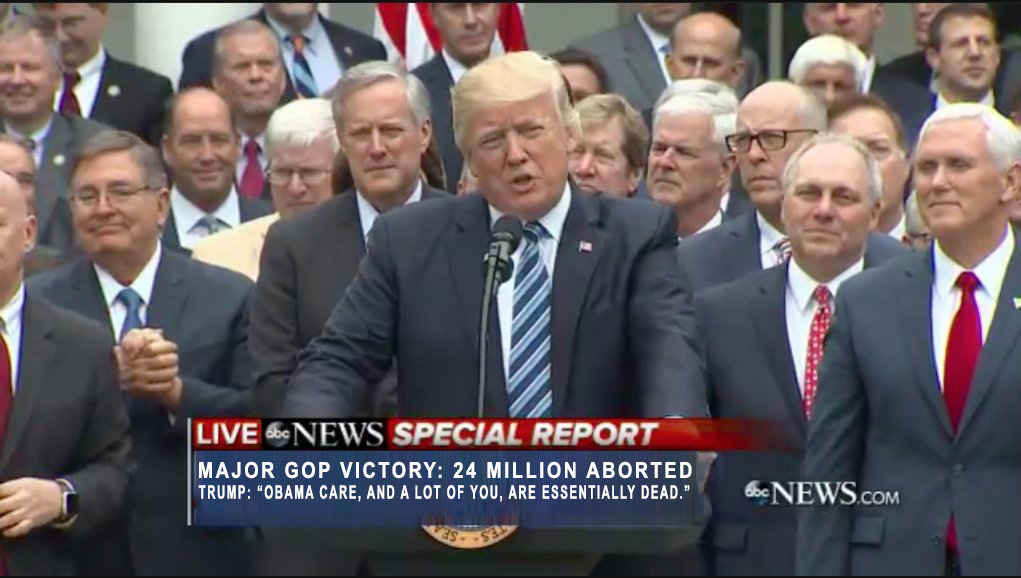 WASHINGTON –– The GOP-led House of Representatives voted on Thursday 217-213 in favor of terminating 24 million pre-existing humans from Earth.

“They had a good run — they really tried — but they’re costing us a fortune. It’s time we put them out of their misery,” House Speaker Paul Ryan said, toasting with members of the GOP in the rose garden. “If you like your sad life, well, I’m sorry: you can’t keep it.”

Mr. Ryan then announced to the House that he’s been waiting for years to fulfill his promise of “finally taking care” of those with pre-existing conditions.

“We’ve been trying to address these ‘fully formed humans’ burdening us with their pre-existing beating hearts for so long,” said Ryan, grinning wildly. “It’s a shame, really, because we fought so hard to ensure they were carried to term. But now that term will come to an end.”

One Republican senator in particular was reportedly “overjoyed” to have finally defeated Obamacare and contributed to the abortion of 24 million pre-existing humans.

“I’ve paid for abortions before, but terminating this many lives at one time is another level. I feel a little light-headed high coming on to be frank,” said Rep. Andy Harris [R-MD]. “We’re just giving the American people what they deserve.”

Some Americans reportedly took matters into their own hands in light of the vote.

“I finally decided to just buy a gun,” said one woman, looking up from her medical bills. “They’re much easier to purchase than health care, and I figure I can just do it all myself at home that way.”