Satisfied Marilyn Manson has Rib Sewn Back On 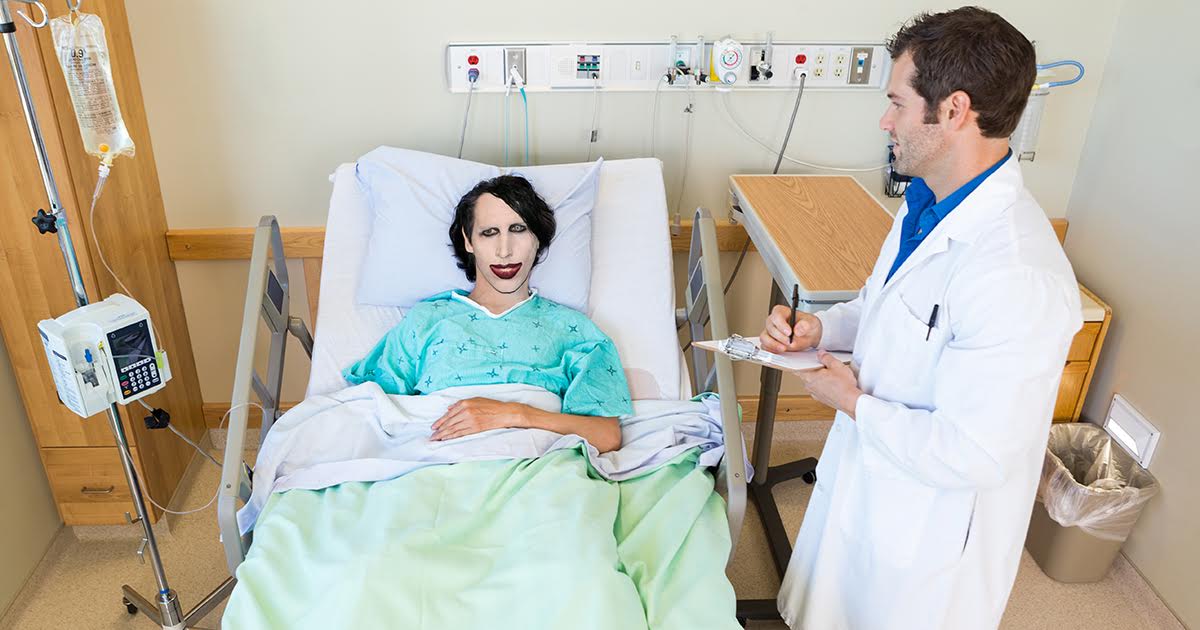 HOLLYWOOD, Calif. – Industrial rock legend Marilyn Manson had a previously removed pair of his ribs successfully reattached late last night in an unprecedented medical procedure, deciding he’s gone without them “long enough,” according to reports from the Manson camp.

Rumors swirled for decades alleging Manson had his lowest two ribs removed in order to bend forward at an optimal angle to conduct what doctors refer to as “autofellatio.” Those rumors were finally confirmed following the surgery, as Manson’s publicist released a statement outlining the return of the ribs to the aging shock-rocker’s body.

“I think removing the ribs occurred to him around the time ‘I Don’t Like the Drugs (But the Drugs Like Me)’ came out. He was in a weird place. Weirder than normal, I mean,” said longtime bandmate Twiggy Ramirez. “Think about it. You’re this ‘scary’ musician, and you’ve got all kinds of money and success. What are you gonna do? Buy a Bentley? Fuck that. You’re gonna have surgery so you can to go down on yourself. We all want that ability, and Marilyn was the only person brave enough to actually do it.”

Those close to Manson say the missing ribs have been hiding in plain sight for years, inside a mason jar atop a foyer shelf in the star’s Hollywood home. The ribs never drew attention, however, as that jar was reported to be “only the sixth-weirdest thing” on the shelf, which also contained a mustache comb reportedly owned by Adolph Hitler.

The bones, sources say, will be reinstalled by the man who took them out two decades ago: Dr. Jonathan Ali. The plastic surgeon claims he was initially resistant when Manson approached him with the idea.

“It seemed gross at first, but then I realized we do plastic surgery for far less practical reasons all the time. Now, I get a couple clients asking for the ‘Manson’ every year,” said Ali. “I can’t tell you who else has had the procedure, but one of them rhymes with Plia Babboof.”

The press release offered several details on Manson’s motivation for the rib reattachment.

“There’s more to life than just pleasuring yourself orally thousands and thousands of times,” it read. “It is time to grow up. I look forward to living longer and letting my back heal after nearly 20 years of abuse.”