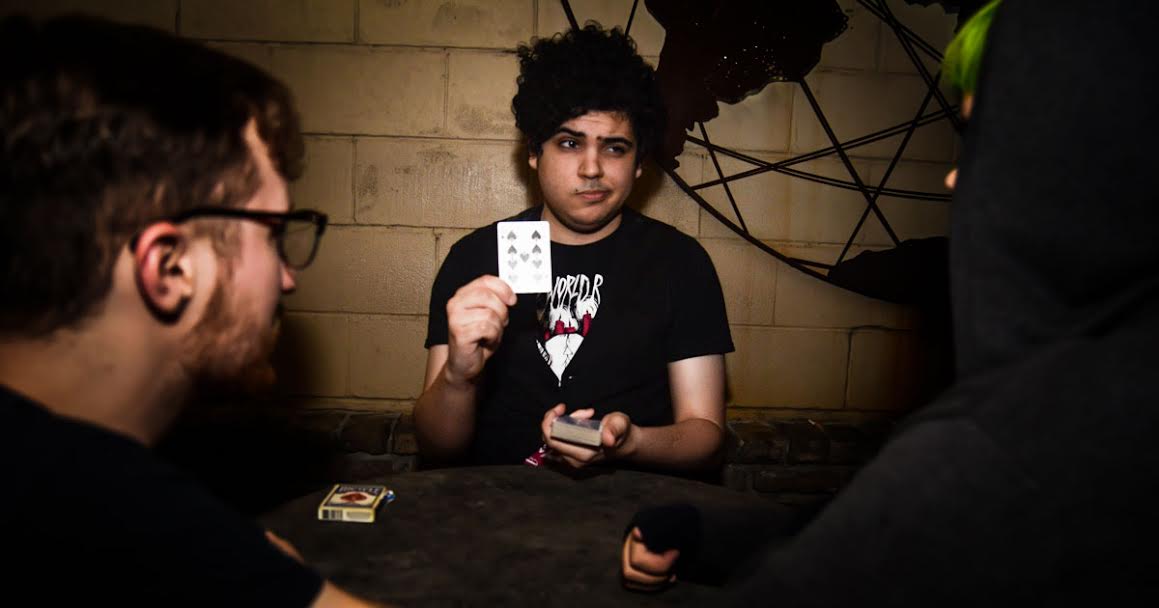 GLENDALE, Calif. — Punk magician Dakota Fremont finished a trick at a child’s birthday party on Saturday by informing him that Fremont “didn’t give a fuck” about which card he had chosen, report stunned parents.

“He said the ‘F’ word!” whispered an excited Connor Spears, 11. “He said the actual, F-ing ‘F’ word right in my face! Right in front of my mom! It was awesome!”

Party organizers were taken aback by the punk magician’s foul language and apathetic nature towards magic.

“I’ve never been so furious in my life,” complained Jennifer Spears, the boy’s mother. “We paid him $25 for six hours of magic, and I plan on canceling that check and formally complaining to the local magician’s union.”

“Fuck those clowns,” said Fremont. “[Those] bunch of idiots need some guy to pretend to do magic so they can just hide away from reality? Fuckin’ sheeple, every one of ‘em. These kids need to learn the world doesn’t care about them, and you don’t always get what you want.”

Despite Fremont’s total disregard for “the magician’s code,” some party goers were won over.

“He pulled my watch out of his hat,” said parent Joan Smitterly. “Not only that, but the watch was broken before he did it, and now it works perfectly. Honestly, I don’t know how he got the watch in the first place. Maybe he stole it out of my purse. But he still saved me a good amount of money, so it isn’t all bad.”

Some parents and party-goers claimed Fremont even displayed a gift for mentalism.

“He looked right at me and asked if the name ‘Doris’ meant anything to me,” recalled tear-stricken parent Tim Parks. “Doris is my mother. She passed away two years ago. He said she wanted me to know she forgave me for not being there when she first got sick. I was so moved, I didn’t even care when he told me to ‘fuck my own capitalist pig scum asshole.’”