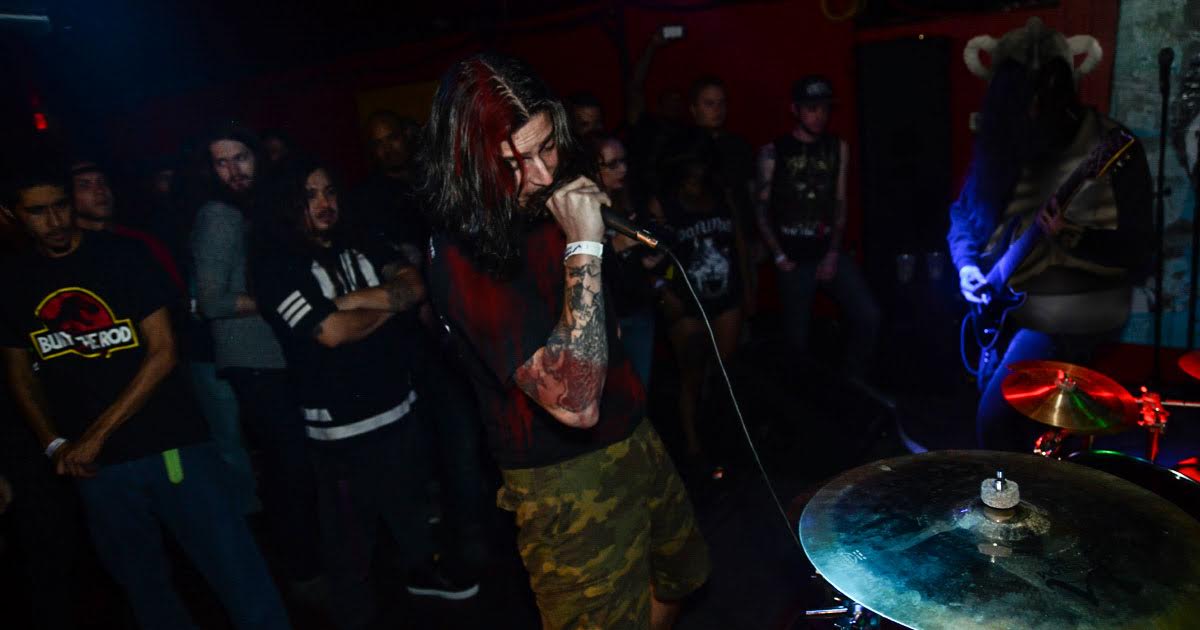 “I just had to book them,” said show promoter Victor Deeschmaker. “I didn’t even listen to their Bandcamp demo. They were named Evisceratops, for Christ’s sake. How could they not be totally awesome? Just makes me think of speed metal, but from the time beasts roamed the plains.”

Deeschmaker gestured to the pile of purchased Evisceratops shirts lining the venue floor, dropped in disgust after the band finished their set. “Look at how kickass their logo is. A rampaging metallic triceratops, covered in blood and guts. Who could imagine they would be so awful, with a sweet logo like that?” he said.

According to exit polls, the sold-out venue was packed with an audience who came out to see the fledgling metal band solely on the basis of their sublime name.

“[The name] combines two of the most metal things imaginable: dinosaurs, and evisceration,” said show attendee Kira Eberle. “I’ll pay $10 to see a band with that glorious name, no questions asked. Well, I would have. Not anymore. I learned my lesson the hard way.”

“They were wearing these gnarly suits of bone armor,” Deeschmaker said. “The lead singer was covered in blood and shouted, ‘Are you ready for the horns?’ We thought he was going to throw some devil horns up. Nobody saw the horn section coming.”

Bartender Howard Phillips still can’t believe what he heard onstage. “It was the least brutal music you could possibly imagine,” a stunned Phillips said. “It was straight-up butt rock, but also kind of arty — it had keyboards, and a glockenspiel at one point. It was like David Lee Roth fronting a college marching band.”

“I feel like they eviscerated me with their songs — in a bad way,” said a despondent Eberle. “Not like, ‘Whoa, that was so brutal you ripped my guts out metaphorically.’ I feel like I’ve been literally sliced open and hollowed out by their prog-metal noodling.”