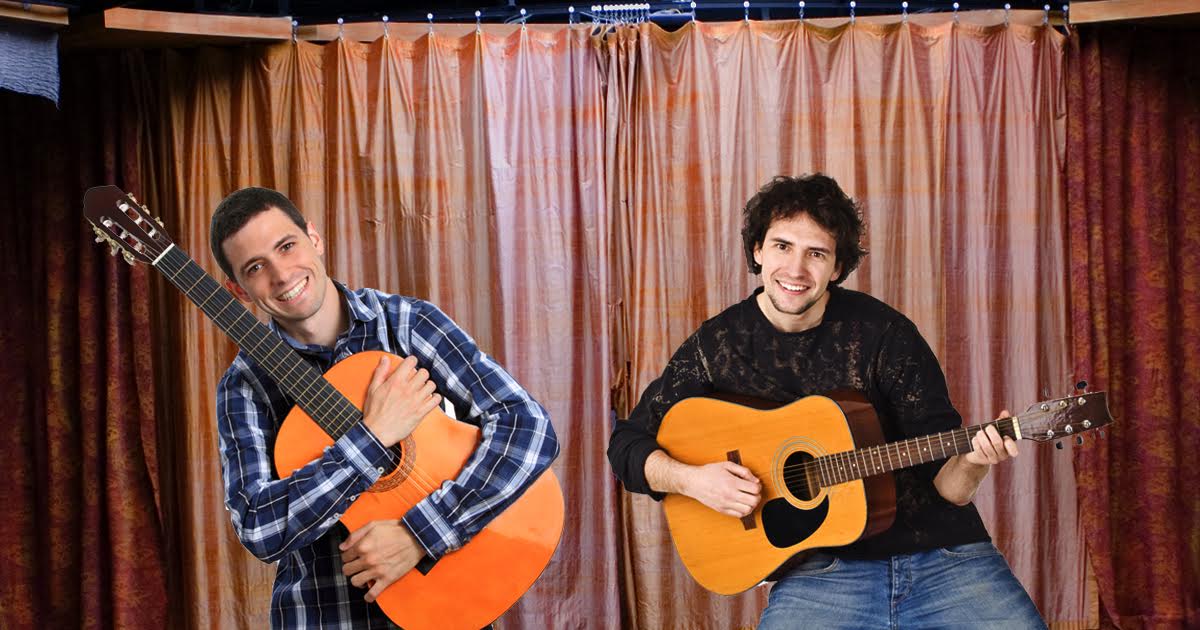 The duo, known for their unique twist on traditional, bad improv comedy by setting it to bad music, offered audience members plenty of poorly sung or, in worse cases, badly rapped potential entertainment.

“We’re both performers in a bunch of other improv groups,” said founding member Dennis Bostwell. “Like Insert Name Here Comedy, LESTER, The Royal Family, Kings of the Kid’s Table, Yellow Snow Fever, Ham Baby, Dad’s FUPA, and The Stupor Troopers. We did regular improv for years before picking up some instruments to play while we improvised.”

Many attending reported nearly identical feelings about the troupe. “I’ve seen improv before, and I’ve seen live music, but I’ve never seen it combined. And I can say with complete confidence that I never want to see this, or anything resembling it, ever again,” said one audience member, who requested anonymity.

“They did something totally original,” said Lantern Pizza owner Francine Henny. “They managed to stay disconnected the entire show. The guy in the sweater even started playing ‘Wonderwall’ at one point — almost like he got bored with the scene and forgot there was a crowd watching.”

In what one patron called “simultaneously the highlight and lowlight of the night,” Songtaneous Combustion improvised a rap about buying cheese. “That was really something,” said the confounded audience member. “All of it was awful. Gorgonzola rhymes with way more than it’s own name.”

In the big climax, which left the crowd begrudgingly captivated, Songtaneous Combustion broke into dance while singing through a scene about a guy who “shit his pants on a date.”

“The show was already something to behold, but when they started dancing? I wish I hadn’t told my coworkers to come out to this,” said Shauna Leftwin, a girlfriend of one of the performers who has since changed her Facebook relationship status to “single.”